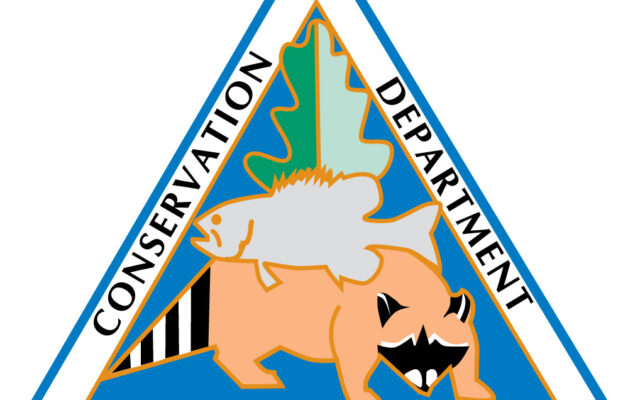 As published by the Conservation Federation of Missouri and used with permission via the Missouri Department of Conservation. For more information contact DeKalb County Conservation Agent Mark McNeely at 816-262-3532.

If the information proves to be valid and leads to a citation or arrest, the reporting party may request a cash reward. OGT is a partnership with the Missouri Department of Conservation, and an independent 4-person Board of Directors that is governed by their established by-Laws.

History: OGT was officially established as a 501(c)3 non-profit organization with the Missouri Sectary of State in 1983.

Start-up funding came from numerous private and public sources. Since then, private funds are still welcomed and accepted, but the Missouri Department of Conservation (MDC) has committed to assuring an annual revenue source to cover rewards and education.

Of the callers, 525 individuals requested reward consideration, for which more than $97,000 was paid out.

“OGT has been a very effective program for citizens to report abuses of their fish, forest, and wildlife resources,” says Protection Branch Chief Randy Doman. “Our conservation agents are spread thin across the state, and they rely heavily on public cooperation to help bring those poachers and wildlife traffickers to justice.”

OGT is “A Program That Works” exactly as it was conceived. Citizens are provided with an information conduit to get suspected violation information to  MDC agents related to illegal taking or trafficking in
wildlife.

In 2020, there were revisions to the OGT Reward Guidelines, which expanded the reward amount and made these decisions less arbitrary. The new guidelines establish specific criteria for a range of rewards based on species and specific circumstances. Former longtime OGT Chairman, Abe Phillips, along with former OGT Board Member Howard Wood, were instrumental in helping rewrite these revision guidelines.

In 2021, House Bill #369 was passed, which states that any person who recklessly or knowingly releases any swine to live in a wild or feral state may be sentenced to pay a fine of up to $2,000. Additionally, any person who takes or kills a feral swine on public or private land without the consent of the landowner or with the use of artificial light or thermal imagery is guilty of a Class A misdemeanor. Since this bill has passed the legislature, Operation Game Thief has expanded its information and rewards program scope to include violations relating to Feral Swine within this law.

What exactly is Poaching: For OGT purposes, a person is poaching when they violate the Wildlife Code of Missouri including such cases as:
• Pursuing wildlife to hunts, trap, or fish in
violation of the Wildlife Code

• Collecting native seeds on lands of the Conservation Commission

How it Works: Conservation Agent Caleb Sevy describes how the program works as follows:

Operation Game Thief uses a phone hotline, allowing people to report wildlife violations in real-time. As soon as a wildlife violation is witnessed, they can call the hotline 24 hours a day – 7 days a week. The hotline goes to a dispatch center where the violations report (OGT report) is created, and the reporting party determines whether they would like to request reward money.

The range of reward options allows for assessment ranging from a “shots heard” type of report to more specific information such as name, vehicle description, license plate, specific location, etc.
There are 2 categories of assessment:

• Category 1 violations involve specific game species such as elk &, bear ($500-1,000), deer, turkey, and game fish ($200-500). In exceptional circumstances, the Board may reward much more.
• Category 2 violations are tied to MDC’s violation assessment of the crime(s) based on their License Revocation Scoring. The more severe and wide-ranging the violation(s), the greater the reward ($100-500).