THE EGGLESTON REPORT – BACK TO WORK

This report continues a preview of a few of the issues that I predict the legislature will address when we reconvene for our next session in January.  This week I will report on unemployment reform.

We’ve all heard the phrase “Good help is hard to find.”  Right now, as I talk to businesses in our area and throughout the state, they are saying, “ANY help is hard to find.”  Missouri’s unemployment rate is 3.8%, which is very low.  This means that of all the citizens who want to work, 96.2% have found work, which is good.  But conversely, our workforce participation rate – which is the number of people who WANT to work divided by the number of people who COULD work – is around 63.2%, which is not so good.

There are several possible reasons cited for why businesses are having a hard time finding workers, and one is our unemployment system provides unemployment benefits for too long.  In Missouri, if you lose your job through no fault of your own, you can collect unemployment checks for 20 weeks (about five months).  In other states the time varies from 12 to 26 weeks.  Unemployment benefits are meant to bridge the gap between the time when a worker lost their old job and found a new one.  But five months seems like a long time to find a job when there are plenty of job openings across every business sector.  And nationwide labor statistics show the typical unemployment recipient receives a check for almost the maximum allowable time, indicating many recipients do not begin seriously looking for a new job until unemployment benefits are about to run out.

To address this, some states index the length of time someone can collect unemployment to the unemployment rate.  This means when jobs are scarce, recipients can get a check for a longer time, but when jobs are plentiful (like now), benefits are paid out for a shorter time.  A bill that would add Missouri to the list of states that index unemployment passed the Missouri House last session and was poised to pass the Senate, but was derailed when other issues caused the Senate to shut down early.  An indexing bill was also passed several years ago, but it was vetoed by then Gov. Jay Nixon.  The legislature overrode the veto, but the Supreme Court ruled that the way it was overridden was not constitutional (though it actually was), and so it never went into effect.  I believe the legislature will re-address this issue in the 2022 session.  If you have any thoughts you would like to share on this topic, please email me at [email protected]. 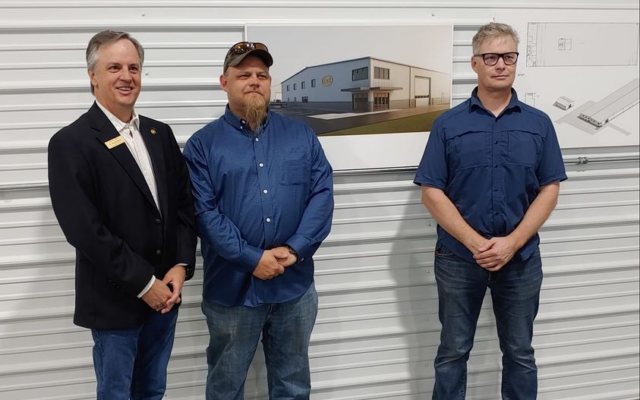 Attorney General Schmitt said, “According to the U.S. Department of Labor, workers who are employed by a federal contractor make up one-fifth of the entire labor market. If the federal government attempts to unconstitutionally exert its will and force federal contractors to mandate vaccinations, the workforce and businesses could be decimated, further exacerbating the supply chain and workforce crises. The federal government should not be mandating vaccinations, and that’s why we filed suit today – to halt this illegal, unconstitutional action.”

The lawsuit takes issue with the Biden Administration’s use of federal procurement statutes to mandate vaccinations through Executive Order 14042.

Raising Awareness of the Dangers of Diabetes

November is Diabetes Awareness Month, which is meant to raise awareness of both Type 1 and Type 2 diabetes. This year’s theme is “Small Steps, Big Difference: Preventing diabetes is within your reach” to raise awareness about prediabetes, which is a serious health condition but can be managed or even reversed.

Prediabetes is a condition in which blood glucose levels are higher than normal, but not yet high enough to be diagnosed with diabetes. It can put individuals at increased risk of developing type 2 diabetes, heart disease, and stroke. At least one in three Missourians has prediabetes, and 90 percent don’t realize it. Through healthy lifestyle modifications individuals can better manage, prevent or delay the onset of diabetes. Missourians are encouraged to make healthy eating choices, increase daily physical activity, maintain a healthy weight, and quit smoking.

Raising awareness of diabetes in general is extremely important because research has shown that parents would struggle to spot this serious life-long condition in their own children. Despite the majority of people surveyed having a family member with diabetes, an alarming four out of five parents would have trouble recognizing the warning signs. One in three wouldn’t spot them at all.

According to the American Diabetes Association, approximately 700,000 people in Missouri, or 13.2 percent of the adult population, have diabetes. Of these, an estimated 152,000 have diabetes but don’t know it, which greatly increases their health risk. Diagnosed diabetes costs an estimated $6.7 billion in Missouri each year. The serious complications resulting from diabetes include heart disease, stroke, amputation, end-stage kidney disease, blindness – and death.

Additionally, 1,594,000 people in Missouri, which represents 33.6 percent of the adult population, have prediabetes with blood glucose levels higher than normal but not yet high enough to be diagnosed as diabetes.

Some of the warning signs of diabetes can include frequent urination, increased thirst, a constant feeling of hunger, feeling tired, blurry vision, slow healing of wounds, tingling, numbness or pain in the hands and feet, patches of dark skin, and itching. The American Diabetes Association offers a “risk test” online at the following address: https://www.diabetes.org/risk-test.