Last week, I reported on a transportation bill that Governor Parson vetoed.  This week, I’ll cover one he signed – a gas tax increase.

At 17 cents per gallon, Missouri currently enjoys the second lowest gas tax in the country.  Some have felt that Missouri’s roads have deteriorated to where a gas tax that low cannot pay for needed repairs.  In 2014 and 2018, voters rejected tax increases on the ballot for roads, including all counties in NW Missouri, but you may recall the 2018 measure contained extra language about highway patrol funding and Olympic medals.

This year, SB262 was passed raising the gas tax by 12.5 cents (a 71% increase) at a rate of 2.5 cents per year for five years.  This would make the tax 29.5 cents per gallon, which is the 25th highest in the nation, and is predicted to raise an additional $500 million for MoDot once fully implemented.  I’ll be pressing them to use some of that to improve our rural lettered routes, which need help the most.

Besides being a tax increase, which are usually not well received by the people or legislature, there were a couple of controversial aspects to the bill.  One was, unlike in 2014 and 2018, there will not be a vote of the people on this tax increase.  Given the size of the increase, some believe this is illegal since our state constitution says sizable tax increases must go on the ballot. In fact, the fiscal note on the bill that legislators read before voting included this: “the net (tax) increase…exceeds the limit to revenue growth set forth by (the Missouri constitution)”.  In other words, by 2024 this bill may be illegal.

The second controversial part is this tax increase would include a rebate so citizens could get back the increased tax money.  This was implemented in South Carolina where only a small minority of citizens took advantage of the rebate, and so was regarded by some as a gimmick to get legislators to vote for a tax increase they might not normally support. Some also considered the rebate as an opportunity for fraud and as a way to get around the constitutional tax increase limit.  The increase will be deemed legal until a citizen sues and a court makes a ruling on whether it is actually constitutional or not.

If you are interested in getting your gas tax rebate, I am here to help.  Email me at [email protected] and I’ll reply with more info on the tax increase and a worksheet to help you calculate and file your rebate paperwork. 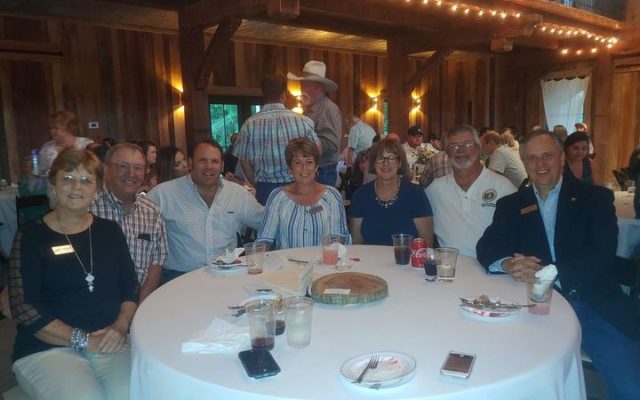 The Missouri General Assembly took a strong stand in support of the men and women who put their lives on the line each day as firefighters. Lawmakers approved legislation that creates a fund to provide relief to firefighters who develop cancer while on the job.

The bill allows three or more political subdivisions to come together to create a “Voluntary Firefighter Cancer Benefits Pool”. The pool would then be allowed to provide payments to individuals who develop cancer as a result of their work as a firefighter. Inclusion in the pool is voluntary, and not mandatory.

Under the act, any political subdivision can make contributions to the pool. The pool may also accept or apply for grants or donations from private or public sources.

Supporters say this is a way to support the men and women who receive little compensation as they put their lives on the line to serve Missouri communities. They note there is a higher risk of more than a dozen different types of cancer for those who have been exposed to burning chemical compounds. The benefits pool will help firefighters who develop cancer to get the care and treatment they need.

Protecting Missouri from the Menace of Feral Hogs (HB 369)

As Missouri continues to look for ways to protect landowners from the immense damage caused by feral hogs, lawmakers have taken action to help prevent the spread of these destructive swine. The General Assembly passed and Governor Parson signed legislation that will stiffen penalties for those who transport and release hogs into the wild.

The feral hog problem has existed in Missouri since the late 1990s. Currently, more than 30 Missouri counties have established feral hog populations. The creatures can cause immense damage to farmland in a very short period of time. A group of ten hogs can destroy 10-20 acres overnight. The rooting and wallowing done by feral hogs contributes to soil erosion, reduces water quality, and damages agricultural crops and hay fields, as well as destroys sensitive natural areas such as glades, fens, and springs. It’s estimated that feral hogs have caused billions of dollars in damages across the country.

Feral hogs are also highly adaptable animals that breed at an alarming rate. One sow can give birth to two litters of about six piglets twice per year. The result is a population growth rate of about 166 percent per year.

While the state works to deal with the existing feral hog population, legislation passed this year is meant to prevent further spread of the animals. The bill creates a fine of up to $2,000 for anyone who recklessly or knowingly releases any swine to live in a wild or feral state. The bill also stiffens the penalty for repeat offenders who possess or transport feral swine through public land. Anyone found guilty of subsequent violations would be guilty of a class E felony. The goal is to deter individuals from releasing feral hogs onto Missouri land.