Happy 200th birthday Missouri!  On August 10, 1821, Missouri was admitted to the union as America’s 24th state.  Originally looking much like a square, we got our signature bootheel when a farmer in Arkansas Territory wanted to be in Missouri, and so petitioned Congress to change the border and they complied.  And our notable “nose” was added in 1836 with the Platte Purchase from the Sac & Fox Indians that gave us Atchison, Nodaway, Holt, Andrew, Buchanan, and Platte Counties, making us the only state to expand after achieving statehood.  Prior to that, the northwestern corner of Worth County was the northwestern corner of Missouri, and on a lonely gravel road at the Iowa border there is still an iron marker there to mark the spot.

Missouri’s nickname is the Show-Me State after a phrase in a Missouri politician’s speech in Washington DC, but we are also known as the Mother of the West.  The Pony Express Trail, Oregon Trail, Santa Fe Trail, and California Trail all originated from northwest Missouri, which eventually led to the establishment of numerous other states in our union.  Hidden within the great stained glass window in the Missouri House of Representatives are the names of those other states.

Our state boasts itself as a transportation hub of the country, with major railroads, interstates, and rivers converging in Missouri, making us a great distribution center for our nation’s goods.  Our geography is diverse, from our fertile rolling hills in northern Missouri, to the hilly Ozarks in the south, to the flat Mississippi flood plains of the bootheel.  We are also nicknamed The Cave State, as we have hundreds of caves that number second in our nation only to Tennessee.

There is so much wonderful and interesting history about our state, but I don’t have the space to write about it all here.  Sometime this month, take time to reflect and appreciate the great home we have in Missouri.  I would much rather live here than California, New York, Russia, China, or North Korea where life is so much different, and not in a good way.  Missouri is truly a great place to live, work, and raise a family, and we are blessed to call her home.

Original map of Missouri (circa 1828) 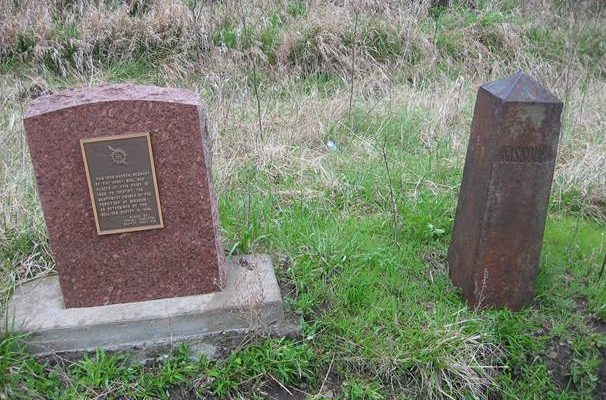 Cracking Down on Copper Thieves (HB 69)

A bill approved by the General Assembly and recently signed into law by Gov. Parson will close a loophole in Missouri’s laws regarding the theft of copper and precious metals.

Missouri currently tracks every time a business purchases scrap metal, junk, or other materials that include copper, but an exemption leaves such transactions unrecorded if the material is valued at less than $50.  Legislation now set to become law repeals that exception so that all such sales will be recorded.

The bill’s sponsor said it will deter copper theft, which is a problem statewide.  He’s heard of thieves stripping copper from vacant houses in his district and doing tens of thousands of dollars of damage.

“By doing this then they can track who’s been stealing copper and who’s been selling it, and if you can’t sell it, why break in and steal it?” he said.

The bill also aims to address a dramatic increase in recent years in the theft of catalytic converters. It makes such thefts a Class-E felony, punishable by up to four years in prison.

The bill sponsor said, “Thieves get a battery-powered saw and cut a catalytic converter out and probably in 2 or 3 minutes, and they’ll be gone. That’s happened again to my town just the other day.  They went to an auto dealer place and the guy had already cut out five or six catalytic converters.”

Under the bill a detached catalytic converter also cannot be altered or destroyed for five days after it is bought. Another provision increases from five days to ten the time a pawn shop owner must wait before melting down precious metals, in case they’ve bought stolen items. The legislation also increases the length of time records on the sales of certain metals must be maintained from two years to three.

The provisions in the bill take effect August 28.

Missourians interested in saving some of their hard-earned dollars as they purchase school supplies for their kids should plan to participate in the upcoming back-to-school sales tax holiday. The holiday begins at 12:01 a.m. on Friday, Aug. 6, and runs through midnight on Sunday, Aug. 8. During this time, certain back-to-school purchases such as school supplies, computers, clothing, and other qualifying items as defined by statute are exempt from state sales tax.

Approved by the legislature in 2003, the three-day period allows parents to buy school-related items such as clothing, school supplies and computers without having to pay the state sales tax of 4.225 percent. In some cases, local municipalities have also chosen to honor the holiday, which means parents in these areas will be able to forego local sales tax as well. For a complete list of the cities and counties that have chosen not to participate, please use the following link: dor.mo.gov/taxation/business/tax-types/sales-use/holidays/back-to-school/.

During the sales tax holiday, state sales tax will not be charged on the following items:

Anyone who makes a qualified purchase may participate in the holiday.

Missouri officials are holding a number of events to celebrate the state’s bicentennial, and the public is invited to attend the upcoming Missouri Statehood Day on August 10. The formal ceremony will take place that day at 9 a.m. on the South Lawn of the Missouri Capitol. Governor Mike Parson will be joined by past governors and other dignitaries to recognize Missouri’s 200 years of statehood. The public can attend in person or view the ceremony online by visiting Missouri2021.org.

In addition to the day’s festivities, the U.S. Postal Service will unveil the Missouri Statehood stamp in recognition of the bicentennial. Remarks will be made by Governor Parson, U.S. Senator Roy Blunt, and other officials. Missouri’s Poet Laureate Mary Frances Wagner will read a poem for the bicentennial and music will be performed by Missouri Choral Directors Association All-State Festival Choir and the Missouri National Guard 135th Army Band.

The Missouri bicentennial is also the theme for the Missouri State Fair, Aug. 12-22 in Sedalia. Our Missouri Celebration features special bicentennial events and exhibits, including Missouri on Mic, a project sponsored by the State Historical Society of Missouri and KBIA operated by the Missouri School of Journalism, to record stories of Missourians during the bicentennial year. In addition, there will be livestock shows and competitive exhibits, entertainment, motor sports and other regular State Fair offerings.

Missouri Statehood Day, Aug. 10, 2021, marks an important milestone of 200 years since the Missouri Territory became the 24th state to enter the Union. More than 200 bicentennial events are taking place this year, statewide, with major public events scheduled in August. Events are being developed with COVID-19 safety measures during the pandemic and in-person activities will adhere to local and state health guidelines at the time of the event.