I have written before on the need to reform the initiative petition (IP) process.  This process was intended to allow grass roots Missourians to change a law or our constitution by getting language on the ballot for a citizens’ vote.  Unfortunately, in the last 20 years special interest groups, mostly from outside Missouri, have gamed the process and weaseled their language into the constitution.  Because of that, our Missouri state constitution is now ten times the size of the United States constitution.  IP reform is meant to improve the process so grass roots Missourians can still use it, but special interests can’t abuse it.

This year, 15 IP reform bills have been filed in the Missouri House.  This week, the first one was passed by the House.  It is HJR 79.  This measure would require petitioners collect signatures to get their petition on the ballot from all eight of our Congressional districts.  Currently, petitions only need to get signatures from six of the eight districts, and so they frequently ignore our rural District 6 in northern Missouri.

The measure also requires that public hearings be held in all eight districts so voters can learn more about the measures and offer input.  I am a big proponent of public hearings as I feel voters are often left in the dark, and if they knew more about who was behind the petitions and what effect they would have, it would help good policy get passed and bad policy get defeated.  This is the premise of my IP reform bill, HJR 91.

HJR 79 now moves to the Senate.  The House Elections Committee has voted out a few other IP reform bills, including mine, which will come to the House floor soon.  This can be a complicated issue, so if you have questions please contact me at [email protected]. 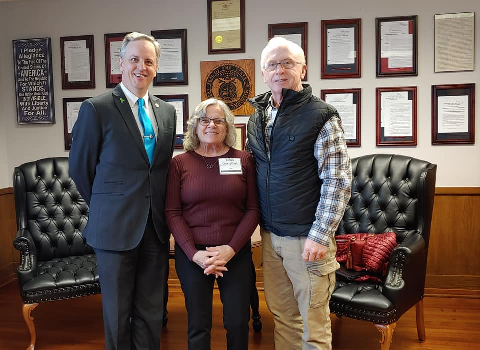 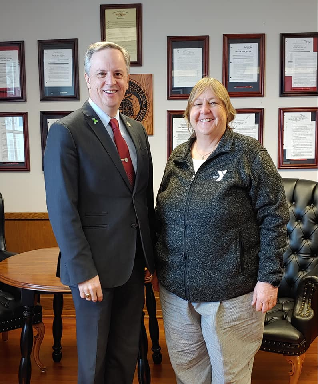 The House has sent a supplement spending plan to the Senate that will provide vital funding for K-12 schools and the state’s Medicaid program, as well as a statewide pay plan increase. HB 3014 authorizes nearly $4.6 billion in funding to be utilized in the current fiscal year that ends in June.

The bill includes more than $2.8 billion in funding for K-12 schools in Missouri. That total includes nearly $1.8 billion in Elementary and Secondary Education Relief funds that are allocated to local education agencies. With this, Missouri’s school districts are fully funded. The bill also includes more than $444 million for the Office of Childhood for stabilization services. Additionally, the plan allocates $75 million for the Close the Gap Grant Program.

The House Budget Committee chairman, who sponsors the bill, told his colleagues, “There is a new concept in this budget bill, something we’re calling the close the gap grants, which is $75 million intended to go for reimbursement to families in Missouri to address learning loss.” He added, “The intention there is to get some money to families, provide some relief for the expenses they’ve incurred related to learning loss. This could be for curriculum, for equipment, for tutoring. I think there’s a great need for that in this state. We’ve seen a tremendous consequence of the pandemic has been learning loss, so this would hopefully help catch some kids up across the state and provide relief to those families.”

HB 3014 also includes more than $1.5 billion in funding for the state’s MO HealthNet program. The funds are necessary to avoid a funding shortfall in the program due to the increased Medicaid population.

Additionally, the bill allocates more than $91 million for a pay increase for all state employees. During public hearings in the Budget Committee, members learned state jobs have a 26% turnover rate, and a more than 55% turnover rate in jobs that pay less than $30,000 annually.

The House Budget Committee chairman said the bill makes an investment in the state workforce “to help retain and attract talented employees.”

The bill now moves to the Senate for consideration.