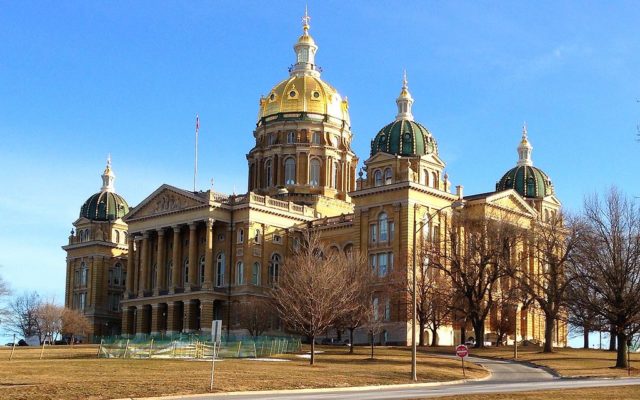 (Radio Iowa_ The 2023 Iowa Legislature begins later this (Monday) morning, with the G-O-P in firm control of the agenda since Republicans occupy 65 percent of the seats in the Iowa House and Senate.

Republicans have what’s called a super majority in the Senate. With 34 of the 50 votes, Democrats will be unable to block Republican Governor Kim Reynolds’ nominees for appointed positions in state government. Senate Majority Leader Jack Whitver says it’s been a remarkable turn around for Senate Republicans.

“That 99 of 99 was important to us because we knew that if we hit that, we would grow the majority, but more importantly I think it honestly puts us in a position to say: ‘We represent the entire state,'” Grassley says. “…I think that gives us an exciting opportunity.” Representative Brent Siegrist of Council Bluffs was House Majority Leader in the mid-1990s when the House G-O-P held the same number of seats. He warns there’s no guarantee every bill Republicans try to advance will have 64 “yes” votes.

“It is difficult to manage. When you have 64 you have different groups within your caucus that have a different idea than what the majority of the people in your caucus feel,” Siegrist says. “It’s apropo to say it’s like herding cats.” Democrat David Osterberg represented the Mount Vernon area in 1989 when Democrats held 61 seats in the House — and 60 percent of all seats in the legislature.

“”You can do things that have never been done before,” Osterberg says. “However, remember Democrats had a big majority, but they didn’t have the governorship.” And Republican Governor Terry Branstad was a check on the Democrats in the legislature back then. Osterberg says with majority Republicans in the 2023 legislature sending bills to a Republican governor, expects some breathtaking moments. “Mischief happens when you have these kind of majorities,” Osterberg says. Siegrist says proposals that may be out of the mainstream have a better shot when one party has the trifecta in state government.

“You figure with 64, you can do whatever you want,” Siegrist says. Thirty-nine House members ad 14 state senators are starting their first terms. Siegrist says that’s more than a third of the legislature — and that’s a big challenge. “That’s not to say we won’t do a lot this year,” Siegrist says, “but it takes a while to get that many people used to the process and how everything works.” Republicans in the legislature say property tax reform is a top priority. Governor Reynolds says her top goal is ensuring every parent can choose where to send their child to school. House Democratic Leader Jennifer Konfrst says she doubts Reynolds has the votes in the House to get that passed in 2023.

“Iowans don’t want to take public money and put it into private schools and I think there are some Republicans who also have some serious concerns…Will it make K-12 schools dry up in small towns?” Konfrst says, “so I think the book is not closed on that issue in any way, shape or form.”
Senate Minority Leader Zach Wahls says Democrats will shine a light on Republican efforts to enact new abortion restrictions.

“We’ll be ready to provide the transparency and accountability that their radical ideas require us to do,” Wahls says. The House and Senate are scheduled to convene at 10 o’clock. Governor Kim Reynolds will deliver the annual “Condition of the State” message at 6 p.m. Tuesday.