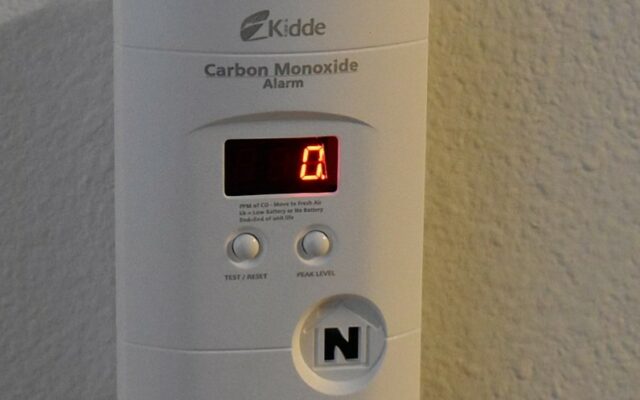 “This time of year, we see all kinds of problems with carbon monoxide as far as furnaces that aren’t running properly, fireplaces that may be plugged or have creosote built up in them,” he says. “We have a lot of people that tend to run their cars in their garage to warm them up in the wintertime. Even if the garage door is open, that carbon monoxide is staying in the garage or pushing into the house.” Schipper says it’s critical to take precautions since carbon monoxide is invisible and has no scent, and without a detector, there’s no way to know if it’s seeping into your house.

“That causes headache, fatigue, nausea, vomiting,” the chief says. “A lot of people think they’re just getting a cold or the flu or getting sick, but really they could be having a carbon monoxide problem.” A good C-O detector can cost as little as $15 and it could save your life.