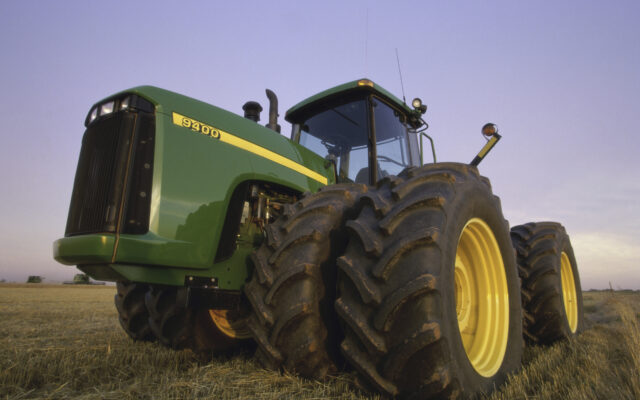 (Radio Iowa) The American Farm Bureau has reached an agreement with John Deere that will allow farmers to repair their own equipment, or take it to independent repair shops. The director of the Drake University Agricultural Law Center, Jennifer Zwagerman, says it is a good solution for both sides. Zwagerman says Deere needs to protect the investment it has made in developing high tech systems to run tractors and other equipment.

“If you can limit who can repair your products, you maintain not just the market, but you also ensure more privacy and more secrecy,” She says. “What we’re really I think seeing companies most concerned about are trade secrets.” She says the computerized systems, programming or technology that’s used in the equipment is more important than the equipment itself.

“From a legal standpoint, the more you allow people to have access to information, you’re starting to limit your ability to protect those trade secrets,” Zwagerman says. “And so I think that’s something that is very valid, that they wanted to maintain access and control over, but at the same time, was not fully recognizing or meeting the needs of their customers.”

The agreement voluntarily makes available manuals or parts to vehicles or equipment.

“And that’s something that’s important to remember as well that they have voluntarily agreed to do it. And so there’s a big question about what this is actually going to look like, moving forward? Who’s going to enforce it? What sort of limitations will they put on it,?” she says. Farmers had been able to do their own repairs or have them done without concern before tractors and other equipment started to involve much more technology.

“And so that’s definitely something that farmers are really pushing for — and have been very, very loudly. I think it says a lot that Deere listened,” Zwagerman says. Zwagerman says John Deere has a long history in agriculture and working with farmers and the company wants to maintain that relationship into the future. Zwagerman says there are still some outside factors that could impact the agreement.

“Either party can withdraw from this agreement at any time, particularly if any state or federal legislation tied to this is either introduced or enacted. And so it really in some ways is an effort to try and keep it voluntary like this,” she says. Zwagerman says there have been a lot of states and the federal government looking at this type of right to repair legislation — and this agreement would keep it out of the government’s hands and out of that type of regulation. She says the Deere agreement will extend beyond that company’s products — as the memorandum of agreement says the Farm Bureau is looking to enter into these types of agreements with other companies as well.