As the Late July Heat Hits, Don’t Leave Your Pets in the Car, Even for 2 Minutes 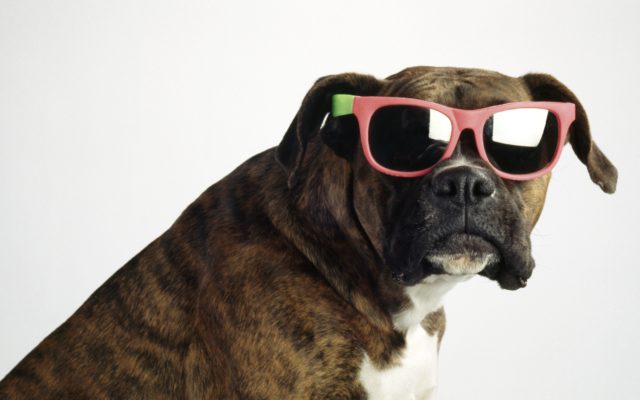 (Radio Iowa) Forecasters say temperatures across much of the midwest will be climbing into the low to mid 90s for the next several days and pet owners are being reminded about what should be obvious by now. Four dogs were left in hot vehicles in Des Moines last weekend. Joe Stafford, Director of Animal Services at the Animal Rescue League of Iowa, says in one case, two dogs were trapped in a locked car at Blank Park Zoo.

“It was into the low to mid 80s at the time and the inside of the car reached 109 degrees,” Stafford says. “There were two dogs left in the car by a customer of the zoo that appeared to be in distress. Luckily, the Des Moines Police Department was quick to respond.” The owner of the vehicle was paged in the zoo but didn’t respond, so police broke out a window to rescue the animals, both of which were conscious but with very high body temperatures.

Stafford says, “They just needed to be cooled down by putting them into an air-conditioned vehicle, giving them water and eventually, transporting them back to our facility so they could be checked out by our medical staff.” In the other case, two dogs were left in a vehicle at Merle Hay Mall. In addition to having broken windows, each of the owners were issued citations for neglect. Leaving a window cracked open does virtually no good for cooling the passenger compartment, Stafford says, and neither does parking in the shade.

“Anything over 80 degrees, just leave your furry family members at home where they’re safe and comfortable,” Stafford says. “Take them on a car ride to the dog park or something if we’re looking to go for a car ride but just do not leave animals unattended in a vehicle.” In his 20-plus years in the industry, Stafford says he hears about cases like these every summer and he’s confounded as to why some pet owners don’t ever seem to get the message.

“When your vehicle has been parked out in the sun, go get in your vehicle and try to sit in it for ten minutes,” Stafford says. “Most people will find that you’re immediately perspiring as your body is trying to keep itself cool. If you’re reacting that way, your animals are certainly going to react that way because most of them are wearing a fairly heavy fur coat.” He urges Iowans, if you see a pet (or a child) alone in a car, call it in, as your action could save a life. For more information on summer pet safety tips: https://www.arl-iowa.org/news/pet-tips-/5-summer-heat-safety-tips-for-pets/.