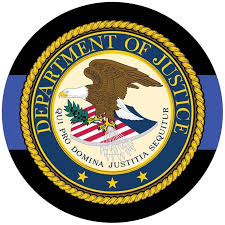 A Shawnee, Kansas attorney who had served as a public defender for a Western Missouri Correctional Center inmate in Cameron will serve a prison sentence for conspiracy to distribute heroin.

44 year old Juliane L. Colby was sentenced in U.S. Federal Court to one year and one month in federal prison without parole. Colby pleaded guilty to one count of conspiracy to distribute heroin in February and admitted that she conspired with others to smuggle heroin to an inmate in August of 2019.

The U.S. Attorney’s Office says Colby hid the heroin in an envelope marked as “Legal Mail”. Eight small baggies that included 3.25 grams of black tar heroin were taped behind the flap of the envelope.

Colby has started a romantic relationship with the inmate while working on his defense team in 2017 as a member of the state’s public defender team. The inmate was facing a first-degree murder charge.

This case was prosecuted by Assistant U.S. Attorney Brent Venneman. It was investigated by the FBI, the U.S. Postal Inspection Service, the Cameron, Mo., Police Department, and the Missouri Department of Corrections.