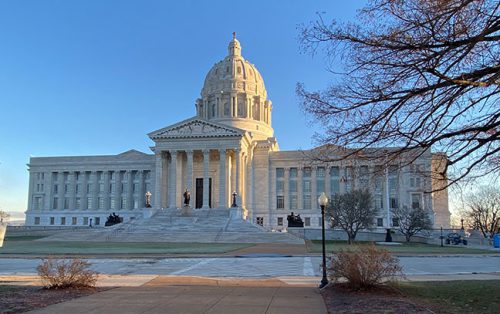 Senate members passed SB 42 on Tuesday, effectively increasing parental involvement in school curriculum and prohibiting subject matters such as the 1619 Project and Critical Race Theory. Such topics are defined as “divisive” in the bill’s language.

Neil Jaffe, owner of Booksource, warned of this phenomenon in his testimony against the bill

James Harris, a paid consultant testifying in support of the bill and whose children go to private school, shared some of his thoughts about public schools and their priorities in an exchange with Sen. Doug Beck, Democrat from St. Louis County.

The legislation was voted out of the Missouri Senate Education and Workforce Development Committee.