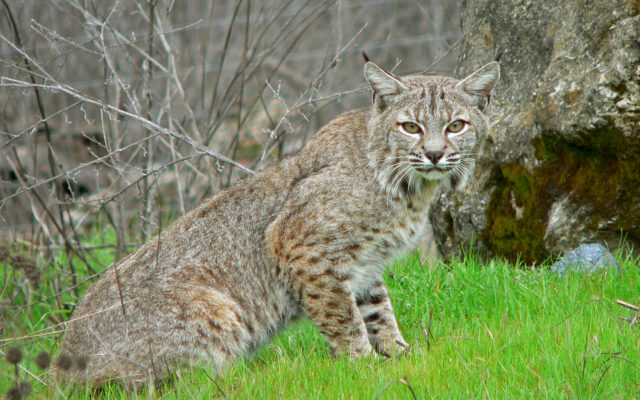 “Bobcat populations are doing very well across the southern part of Iowa, the extreme western part of Iowa, and they’re continuing to expand northward up through eastern Iowa,” he says. Evelsizer says it’s one of the positive conservation stories.

“The bobcats story is a happy one. Their numbers are stable to increasing in almost all counties of Iowa that have ideal habitat, which is typically early successional forest and in fields, natural grass fields, that sort of thing where there’s a good prey abundance,” Evelsizer says. The limits on bobcat trapping continue based on the populations for each county.

“The north-central part of Iowa is still closed to bobcat harvest. And then there’s several counties across central Iowa that are open to one bobcat bag limit for that county,” he says. “And then the three tiers of southern Iowa counties is open to a three bobcat bag limit.” Evelsizer says the trapping helps keep the populations from getting out of control.

“They don’t have many natural predators in the Midwest which you know out in the western U-S — or the far north — they would have to watch out for bigger cats such as mountain lions or even gray wolves with their kittens you know that sort of thing,” Evelsizer says. You can find out more about bobcat trapping on the Iowa DNR’s website.