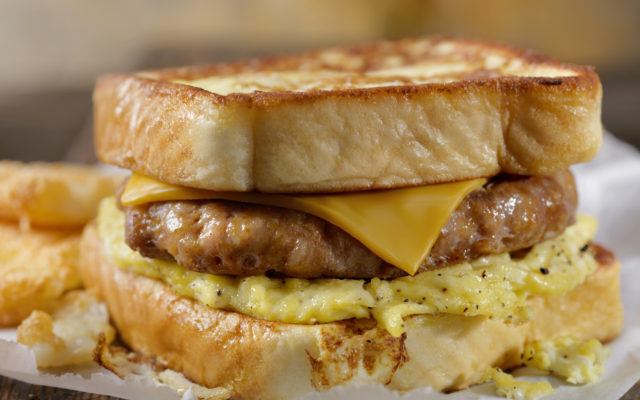 (Radio Iowa) There’s a breakfast war heating up now in Iowa to try and capture customers who are once again venturing out of their homes following pandemic shutdowns. Casey’s convenience stores C-E-O Darren Rebelez talked about the competition during an investor call.

“What you saw a year ago when lots of businesses were shutting down, offices were shutting down, people were sheltering in place — that had a disproportionate impact on the breakfast daypart. And that hit everybody from the Starbucks of the world to McDonald’s to us,” he explains. Rebelez says the race is on to get the customer’s attention.

“I think everybody is optimistic about getting that business back to normal as more schools are in session in person and more people are returning to work than there was a year ago,” he says. “You’ve seen McDonald’s come out with more promotional activity. Wendy’s has certainly been very active in the space. Taco Bell is bringing breakfast back after suspending it.” He says it is a big segment for Casey’s.

“Breakfast is about a third of our prepared foods business. A lot of that come sin our breakfast pizza — but a lot of other things like donuts and baked goods, coffee and sandwiches also play a big role, and that’s where we’ve innovated,” Rebelez says. The innovation he is talking about is a new product that uses their pizza dough to make a calzone-type sandwich.

“Which sausage and egg and cheese, or bacon and egg and cheese — but leveraging that dough so in a unique way so it’s handheld and very portable and car-friendly,” Rebelez says. He says they also changed out all their coffee machines for new ones.

“The coffee technology grinds the beans and brews each cup of coffee fresh,” Rebelez says, “so that will enable us to reduce waste, make it easier to execute in the stores from a labor standpoint, and provide fresh coffee 24-7.” Rebelez says they also reviewed and upgrade the ingredients in their other breakfast products, and eliminated some that were not selling well.
Peggy Stover is head of the Marketing Institute at the University of Iowa School of Business. She says convenience stores offering grab-and-go prepared foods may have a couple of advantages over fast food franchises. For one, the fast food industry is having a harder time hiring and keeping workers and convenience stores — where the median age of employees in nearly 37 — may have an advantage.

“Also, I think Casey’s — depending on how they’re pricing — could definitely position themselves to be more competitive,” Stover says, “if they’re offering good value at a reasonable price.” Stover says Casey’s — with locations in small towns as well as urban areas — will be able to reach a whole different set of customers who don’t have the option of going to a fast-food drive through.

“It may just be cost prohibitive for a McDonald’s franchise to be there,” she says. “Why not add prepared foods into your product mix and just make it a little bit more convenient for folks who are living in areas that may not have the choices available to them?” Stover has 25 years of experience working in the grocery industry for companies like Kraft, S-C Johnson and Coors.