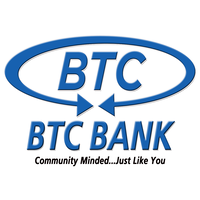 The acquisition agreement will be BTC Bank’s second this year and once finalized, bring its total assets to almost $1 billion and full-service branches to 18 throughout North-Central Missouri and Southern Iowa.

Both transactions are expected to close later this year and are subject to standard closing conditions as well as shareholder and regulatory agency approvals.