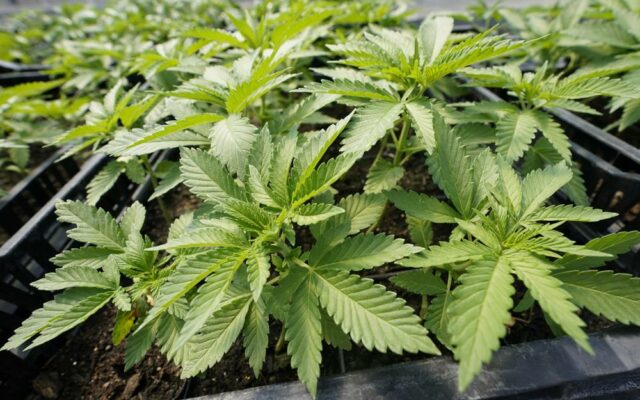 FILE - Marijuana plants for the adult recreational market are are seen in a greenhouse at Hepworth Farms in Milton, N.Y., Friday, July 15, 2022. Missouri voters are set to be the first in the nation to sign off on automatically forgiving past marijuana crimes if they approve a constitutional amendment to legalize recreational pot in November 2022. (AP Photo/Mary Altaffer, File)

(MISSOURINET) –  Recreational marijuana is now officially legal in Missouri with the passage of Constitutional Amendment 3 last month. That amendment officially went into effect December 8th. Law enforcement agencies across the state are now preparing for the changes this might bring. Their main concerns include not only the potential increase in impaired drivers, but the difficulty in assessing that impairment. Buchanan County Sheriff Bill Puett says it’s not as cut and dry as when you stop someone for drinking and driving.

Schools and businesses can still prohibit recreational marijuana, as it is still illegal at the federal level. Missourians will be able to submit applications to grow up to six of their own marijuana plants for private use on January 7th.