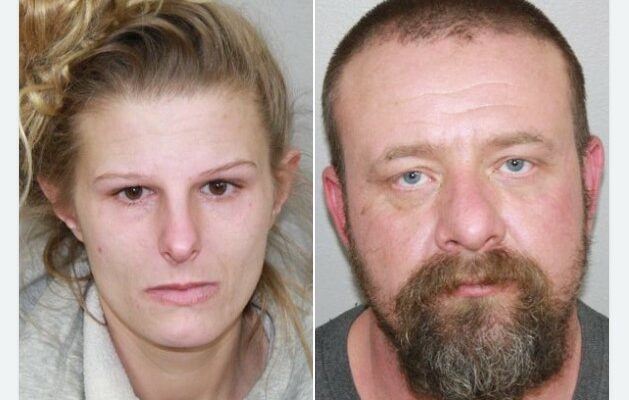 Officers with the Nodaway County Sheriff’s Office responded to a report of a suspicious car parked in the garage of an abandoned farm house on 350th Street on Thursday just before noon.

Upon arrival, deputies say they discovered a male suspect in the garage and a female inside the house. Items from the house had reportedly been loaded into the vehicle.

Both of the individuals, identified as 29-year-old Carly Cotter and 43-year-old Michael Hughes were taken into custody and are being held in the Nodaway County Jail pending the filing of formal charges.