CAMERON, MO – Cameron police are asking for assistance in identifying a suspect involved in a burglary at Robert’s Automotive on December 6th.

Law enforcement says numerous mechanic tools were stolen from the business. A red vehicle, believed to be a 2007 to 2009 GMC Yukon was captured on surveillance cameras on the night of the burglary. Photos of the suspect vehicle are contained in the release. 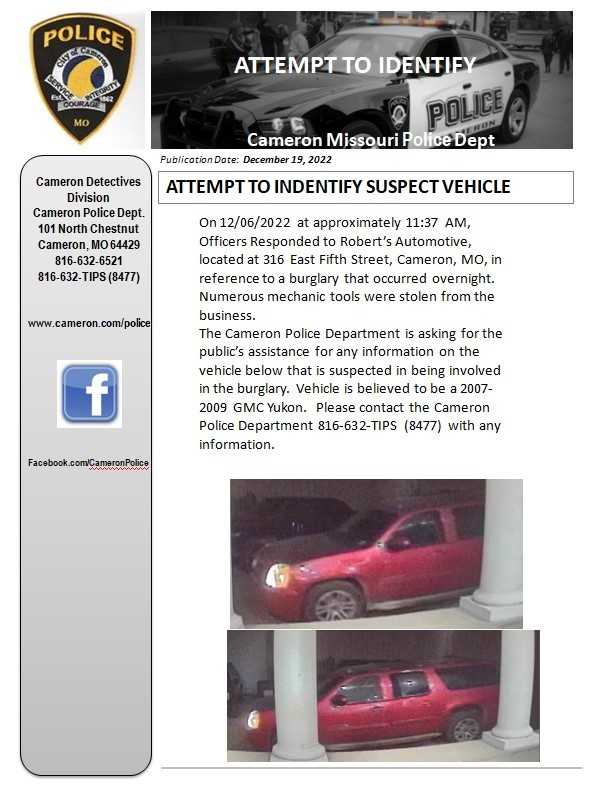