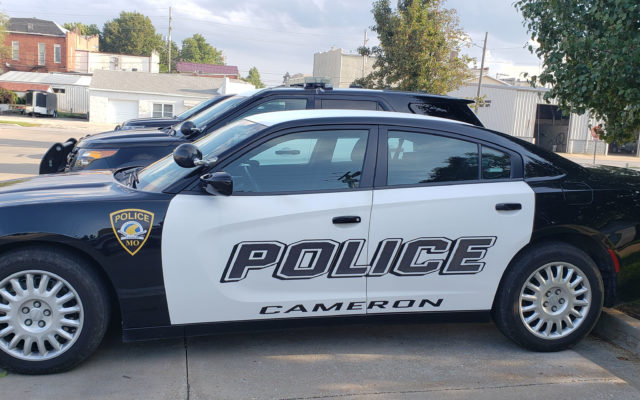 CAMERON, MO – Cameron Police took a juvenile into custody early Monday morning after they say he was caught inside a business.

According to Chief Rick Bashor, the Cameron 911 Center received an alarm call at the R & R Pawn Shop around 12:30 am, and also a second call from a citizen reporting the burglary.

Officers found broken glass on the front door when the arrived. They say the suspect was seen moving around inside the pawn shop. Law enforcement entered the building and found the 15-year old suspect inside a locked bathroom.

During the investigation officers say they discovered the juvenile had items in his possession from the Cameron Library, which also had been broken into.

The juvenile was taken into custody and the matter has been turned over the the juvenile office.