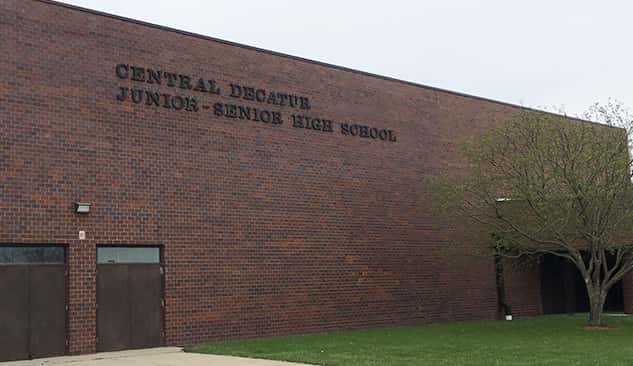 During a special meeting Wednesday, Central Decatur School Board members reviewed the HVAC projects and the bids received for those projects. They also discussed the damage done to some areas of the school when a fire sprinkler pipe froze and cracked during the holiday break.

HVAC Project Manager Reed Festing-Smith of Estes Construction reviewed the bids for the replacement of the HVAC systems in the middle and high school gymnasium, the replacement of a chiller for the middle and high school, a replacement for the exhaust systems for the Family and Consumer Science Room, the installation of an exhaust fan for the paint booth of the Industrial Technology room, and an alternate bid to replace the HVAC system for the North Elementary Gym. The apparent low bid for the project came from LA Fulton. After discussing the amount of federal ESSER funds which will be used for the project and the financing needed to cover a gap between the federal funds and the total project cost, the school board agreed to go forward with the projects if short-term borrowing against future sales tax revenue can be used to cover the gap. The motion was approved unanimously.

During the winter break, some district facilities were damaged when a fire sprinkler pipe froze and cracked and brought water into the middle and high school entry, commons areas, North Elementary hallway, the instrumental and vocal music room, and gymnasium. Another cracked pipe also affected the business office in the middle school and high school. The district is working with the insurance provider to address the damage. The board did tour the damage of the areas affected.