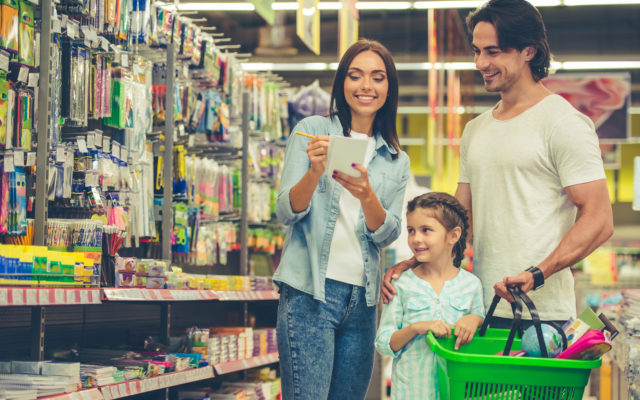 DES MOINES, IA (Radio Iowa) A new report from a progressive think tank finds 15 percent of Iowa households with at least one full-time worker did not have enough income to meet basic needs in 2020. The “Cost of Living in Iowa” report from Common Good Iowa finds nearly half of single-parent families needed government assistance to cover basic living expenses.

“Half the jobs in Iowa don’t pay enough for a single parent with two children to make a living and cover the costs of child care.” That’s Peter Fisher, research director for Common Good Iowa who is the report’s co-author. The report focuses on mid-2020, the most recent period when detailed data was available. Fisher says it means the analysis doesn’t reflect the current impact of inflation.

“Inflation has started to take off and wages which until recently were keeping up with inflation probably in the last several months have not,” he says. According to Fisher, most Iowa workers need to earn at least twice the minimum wage to have an income that covers a basebones budget for food, housing, utilities, transportation, health care and — if there are kids — child care.

“For example, a single person now needs $13.84 an hour. A single parent with just one child would need $18.24 an hour,” Fisher says. “A married couple, both working, with two children would need to each earn $15 an hour.” The report concludes nearly 114-thousand Iowa households where at least one adult has a job needed food assistance along with government-paid health care coverage and child care assistance in 2020. Natalie Veldhouse, co-author of the report, says the majority of residents in those households are white, but racial minorities are more likely to live in an Iowa home where money is tight.

“That’s 34% of black working households,” she says, “26% of hispanic working households.” Common Good Iowa executive director Anne Discher says the earning power of workers who are paid by the hour has eroded over several decades. Common Good Iowa supports raising the rate to 15 dollars for all workers who are paid by the hour, plus it’s calling for an increase in government spending to supplement the wages child care workers as well as employees who provide direct care to elderly and disabled Iowans.

“The economic bind of those industries are that workers are paid extraordinarily low wages and yet families struggle mightily to pay for them and there’s really a role for the public sector — and in particular I’m thinking of Medicare reimbursements or our child care assistance program — to really fill in the gap,” she says. “so that folks can work in those job and make a barebones (income) and families can afford to get the care they need for their loved ones.” Common Good Iowa was formed 16 months ago by the merger of the Iowa Child and Family Policy Center and the Iowa Policy Project. The Iowa Policy Project had issued seven previous “Cost of Living in Iowa” reports.