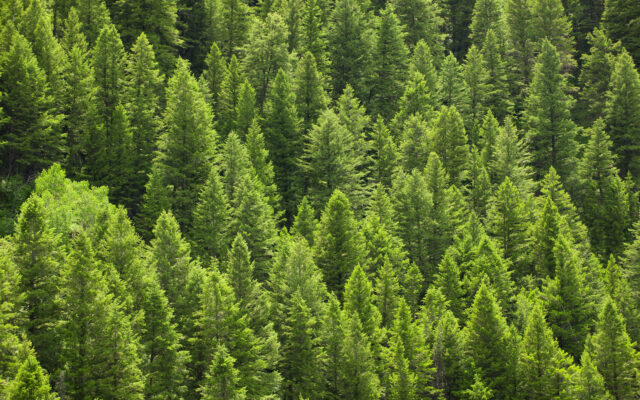 (Radio Iowa) The Iowa Department of Natural Resources says they’re receiving reports of moderate to severe winter burn damage to some trees across the state. Forestor Tivon Feeley, says they see the damage in the arborvitae, white pine, and a little bit in Scotch and Red Pine.

“And what’s going on is, you know, we had kind of an unusual spring where the ground stayed frozen, but we got pretty warm outside and then would go right back to freezing. And then you couple that with the strong winds that we had — these trees have dried out — they couldn’t absorb the water because the ground was frozen, and strong winds dried them out even faster,” Feeley says. He says the damaged trees are easy to spot.

“Some of them are completely brown. It depends on the conifer, but some of the like the red pine of Scotch Pine, there are kind of bleached we call it bleaching where the needles are kind of a light, light, light tan to a mostly white color. And those trees mostly are dead,” He says. He says partially damaged trees may still be saved.

” If you get a few random branches the tree might pull out of it. If you looking at that top third dead, it’s gonna have to be kind of a wait and see if the buds are completely dead,” according to Feeley. “if the buds are alive, you might have a chance. This is really on the newly planted trees that are less than let’s say 10 years of age and younger, that we’re seeing the majority of the damage on.” Feeley says the dead trees might have been saved by mulching watering and around the base of the tree halfway through the frost. But, he says the conditions were really tough to overcome.

“I don’t think we’ve seen winds like this for quite some time. And that was a very unusual weather pattern — so I’m not sure would have solved it all,” he says. Feeley says many of these trees were brought into Iowa and that is part of the issue when this happens.

“When we look at conifers native to Iowa, eastern red cedar to all 99 counties, eastern white pine, all the way down to Hardin County in the northeast quadrant of Iowa, and then balsam fir in Allamakee County,” he says, “and everything else is not native, and not well adapted or it’s planted out of its range. And so when you have these weather events, they’re just not used to it. ” Feeley says though, he has even seen some of the native conifers suffer this year too because of the unusual spring we’ve had.