Cost of Thanksgiving Meal Up 14 Percent 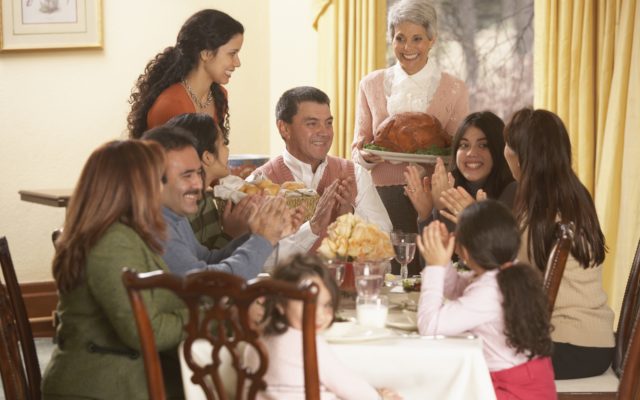 (Radio Iowa) The Farm Bureau’s annual survey of items used for a traditional Thanksgiving feast found a 14 percent increase in cost compared to last year. Iowa Farm Bureau economist, Sam Funk, says they based the cost on a meal for ten people.

“That amount was 53 dollars and 31 cents on average — which is on average for across the United States for those voluntary shoppers who went out there and purchased those market basket items,” he says.

The price of the meal centerpiece turkey was up an average of one dollar, 50 cents per pound.

“The turkey was the highest cost increase year-over-year for that particular survey. And U-S-D-A has put out their own survey as well — and those turkey prices increased,” Funk says. “In general what we’re seeing is there are a lot of different factors coming into play. They are going to cost just a little bit more for the turkeys this year.” Some people canceled the big holiday gathering last year, but plan to return to the tradition this year — and that comes as he says the supply of turkeys is down by about four percent.

“You’ve got a little bit of a reduction in the supply, you’ve got more demand because people are probably going to gather around for those celebrations and will be looking for that traditional turkey or meat centerpiece,” Funk says. “So, you are going to find that tighter supplies, higher demand, yields higher prices.”
Other items in the Farm Bureau survey include frozen pie crusts, pumpkin pie mix, whipping cream, dinner rolls, fresh cranberries, rolls, whole milk, frozen peas, sweet potatoes, and stuffing. The increase for those items minus the turkey is six-point-six percent compared to last year. Funk says many people will tell you they can get a better turkey price by shopping.

He says you can go to several different stores and find prices that are all over the board. Funk says in some cases you might find a late sale where turkey prices are below a buck a pound.