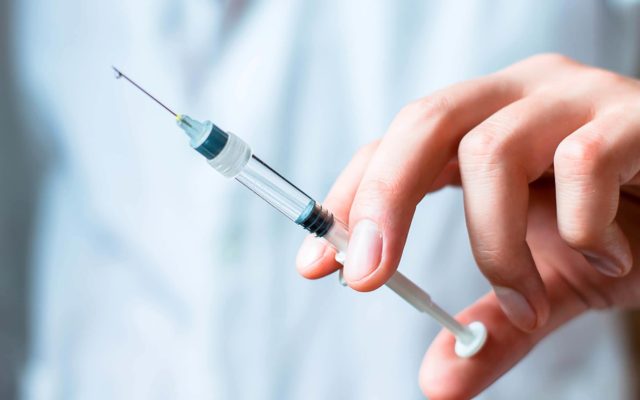 The latest of the piecemeal blows to the vaccine mandates came Thursday in lawsuit filed by Louisiana, Indiana and Mississippi. In that case, U.S. District Judge Dee Drell in Alexandria, Louisiana, declined to block a requirement that all employees of federal contractors get vaccinated — noting that there is already a nationwide block on that mandate issued by a Georgia-based federal judge.

And he cited testimony that the University of Louisiana at Lafayette faced the possible loss of a National Institutes of Health grant if it did not impose the mandate on employees; and that an employee of the university feared the loss of her job if she declined the vaccine for religious reasons.

“This ensures Louisiana will remain protected if the nationwide injunction is overturned,” Louisiana Attorney General Jeff Landry said on Twitter after Drell’s ruling.

Also, a Texas-based federal judge has issued a preliminary injunction blocking the mandate for health care workers in that state. With that ruling, dated Wednesday, the health worker mandate is now blocked in half the states. The federal Center for Medicare & Medicaid Services has not said whether it will enforce the mandate in the other states.

There had been a nationwide court ban on the health care worker mandate, based on a Louisiana federal judge’s ruling. But a federal appeals court in New Orleans this week limited that ruling to the 14 states that sued in the Louisiana court. A separate ruling in Missouri blocked the mandate in 10 other states. Texas brings the number of states where the health care mandate is blocked to 25.