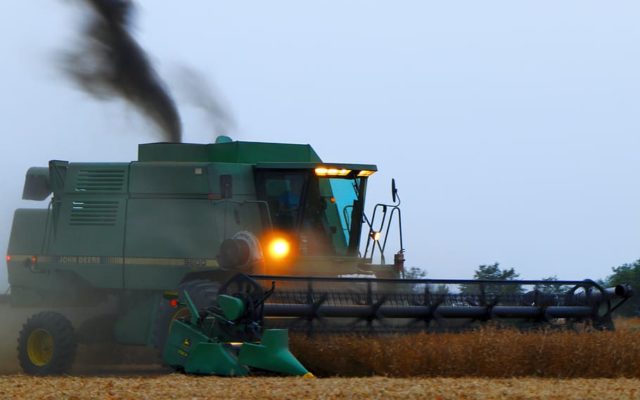 (Radio Iowa) Net sales for Deere and Company were up 40 percent in its last quarter. The company’s net income for its fiscal year was over seven-point-one BILLION dollars. CEO John May says Deere’s just-concluded fiscal year was unprecedented in several ways.

“We started the year in a work stoppage at some of our largest U.S. factories, but we resolved that with a groundbreaking, industry-leading new contract,” May says. “Then supply and logistics hurdles created disruption. At times, deliveries were delayed as demand simply outstripped what the industry could supply.” May says from May through the end of October, Deere had a substantial increase in retail sales AND in production from its factories.

“As I look ahead to Fiscal Year 2023 and beyond, I truly believe our best years are ahead of us,” May says. May says the fundamentals in the farm economy are positive and that’s driving demand for tractors and other implements. North American combine orders were recently filled in two months.

“In the near term, order books across our businesses are full into the third quarter,” May says, “and it’s important to note that not only do the order books continue to fill when we open them, but the velocity of orders has remained strong.” May spoke this (Wednesday) morning during an online presentation to investors. Deere’s stock price has been climbing this year and it went higher this (Wednesday) morning after Deere’s financial report was released.
..