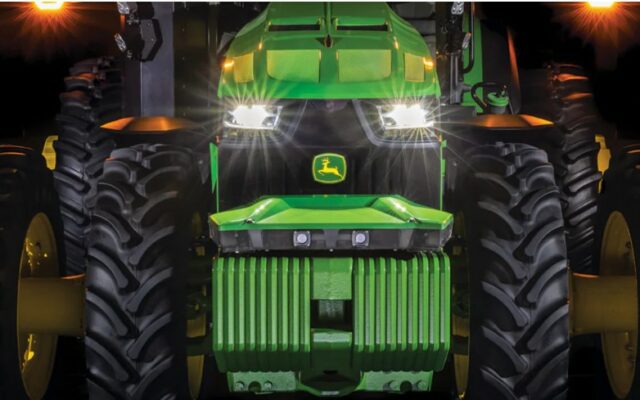 “I like to think of this autonomous 8R tractor as one giant robot,” Kovar says. “It goes through the field autonomously, within an inch of accuracy, and it’s able to perform its job without human intervention.” Farmers can operate and monitor the tractor from their smartphone, tablet or computer, and she thinks it’ll give them more time — to run their farms and to spend with their families. Deere’s presentation featured Doug Nimz, a corn and soybean farmer from Minnesota, who’s shown in the video operating a tractor with his phone.

“The thing that excites me the most about autonomy is not being locked in the tractor cab all day. It will just allow me to run my business better because I can just pay closer attention to other tasks,” Nimz says. “Now I’ll be doing the jobs we always wanted to get done but never had time to because we were in the cab all the time.” Nimz says farmers are traditional as a rule, but he believes they’ll soon accept autonomous tractors, adding, “It will be a life changer for me.”