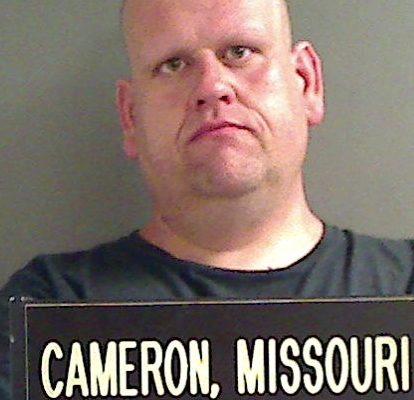 Details have been released on the apprehension of an out of state fugitive in Cameron on Tuesday.

Cameron Police Chief Rick Bashor says his office was contacted Tuesday by a Detective with the Ames, Iowa Police Department in reference to a subject wanted for escaping their custody and for several warrants from their jurisdiction. That detective indicated they had reason to believe the suspect, 36-year-old Benjamin Breer, was in the Cameron area.

Cameron Police were provided with a vehicle description Breer was believed to be using and officers began checking several areas around town for the suspect. Officers ultimately located the vehicle in the 400 block of Wesleyan Terrace and attempted to make contact with Breer.

Breer was located inside that residence and was taken into custody without incident.

According to the release from Chief Bashor, Breer is charged with escape from custody, interfering with officers, four counts of driving while suspended, and two counts of theft. Breer’s total bond was $7,900.