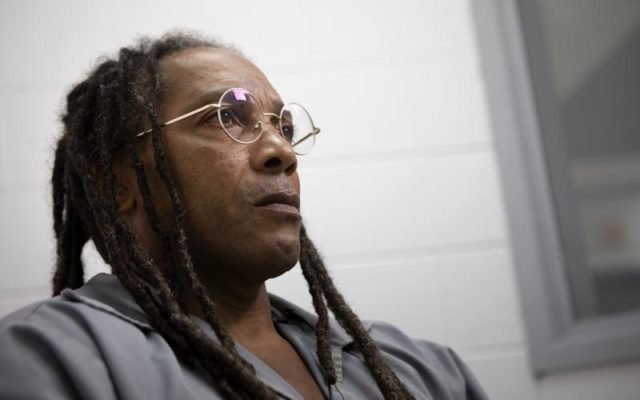 FILE- In this Nov. 5, 2019 file photo, Kevin Strickland is pictured in an interview room at Western Missouri Correctional Center in Cameron, Mo. The Missouri Attorney General's office says the longtime inmate is guilty of killing three people in Kansas City in 1978. In a motion filed Monday, July 12, 2021, Assistant Attorney General Andrew Clarke asked a judge to deny a petition seeking to exonerate Strickland and free him from prison. (James Wooldridge/The Kansas City Star via AP, File)

(AP) More than $1.5 million had been raised for a man who spent 43 years behind bars before a judge overturned his conviction in a triple killing.

The Midwest Innocence Project set up the GoFundMe fundraiser as they fought for Kevin Strickland’s release, noting that he wouldn’t receive compensation from Missouri and would need help paying for basic living expenses. The state only allows wrongful imprisonment payments to people who were exonerated through DNA evidence, so the 62-year-old Strickland wouldn’t qualify.

Judge James Welsh, a retired Missouri Court of Appeals judge, ordered his release on Tuesday, finding that evidence used to convict Strickland had since been recanted or disproven. As of this morning, more than $1.5 million had been donated to help Strickland.

Strickland has always maintained that he was home watching television and had nothing to do with the killings, which happened in 1978 when he was 18 years old.

As he left prison, he said he was “thankful for God walking me through this for 43 years.”