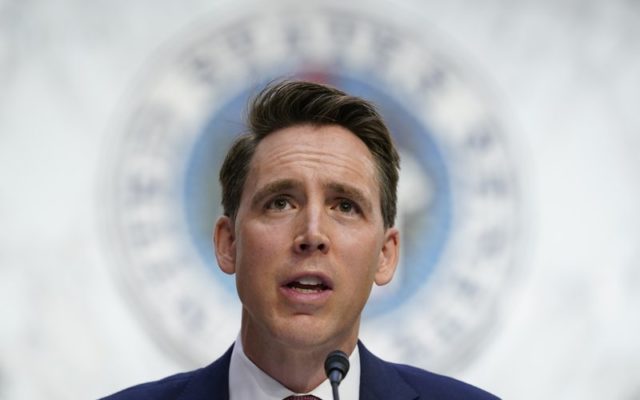 FILE - In this Oct. 12, 2020, file photo Sen. Josh Hawley, R-Mo., speaks during a confirmation hearing for Supreme Court nominee Amy Coney Barrett before the Senate Judiciary Committee on Capitol Hill in Washington. Hawley, says he will raise objections next week when the Congress meets to affirm President-elect Joe Biden’s victory in the election, forcing House and Senate votes that are likely to delay — but in no way alter — the final certification of Biden's win.(AP Photo/Susan Walsh, Pool, File)

(MISSOURINET) –  Congressional leaders in Washington have reportedly reached a deal on legislation designed to keep the federal government open. The deadline to pass the bipartisan plan is Friday at midnight. Missouri U.S. Senator Josh Hawley says he does not think there will be a government shutdown, but he says Congress has not yet written the bill….

The plan reportedly includes emergency money for Ukraine and a revamp of the Electoral Count Act, since former President Donald Trump tested its limits.