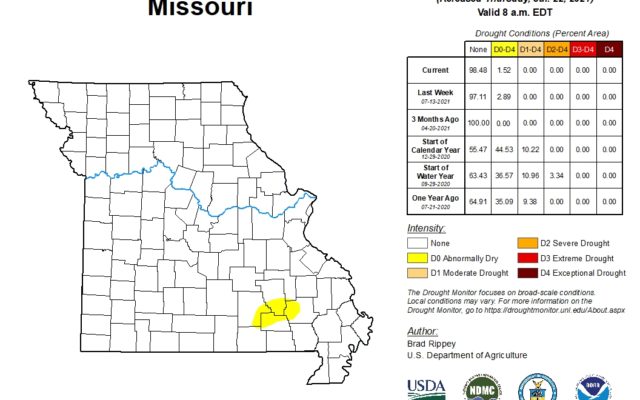 The U.S. Drought Monitor released Thursday was very similar to last week and keeps virtually all of our listening area and most of Missouri out of drought and pre-drought conditions.

In Missouri, only 1.5 percent of territory is considered to be in pre-drought conditions. That is an area that includes parts of 4 counties in southeast Missouri.

The extended weather forecast is calling for above average temperatures and below normal precipitation for at least the next 8 to 14 days. 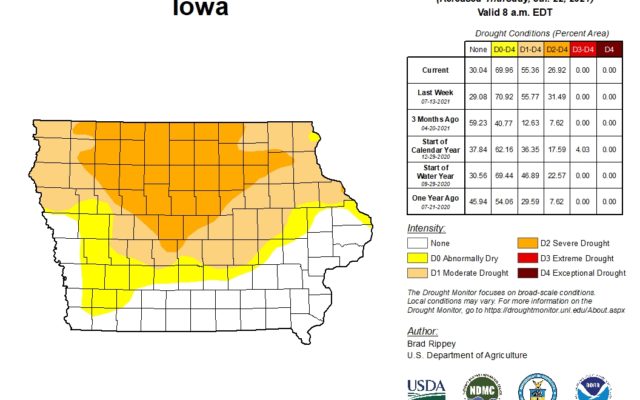