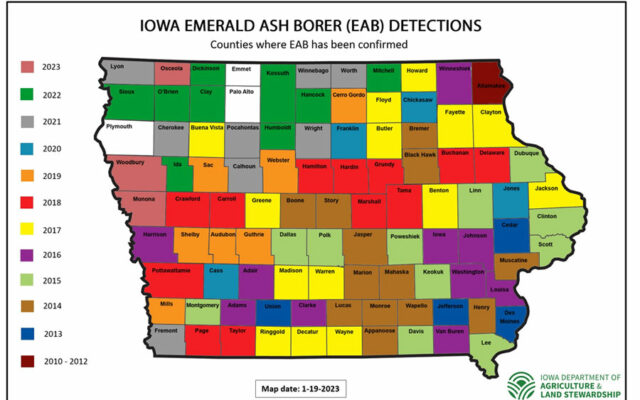 (Radio Iowa) The number of Iowa counties without a confirmed infestation of the emerald ash borer is now down to three.

The Iowa Department of Agriculture has added Monona, Osceola, and Woodbury Counties to the list of infestations. The insects were confirmed in Blencoe, Melvin, and Sioux City, making it 96 of Iowa’s 99 counties with an infestation. Plymouth, Emmet, and Palo Alto are the only counties that are still EAB free. The tree-killing insect from Asia was first discovered in Iowa twelve years ago. Thousands of trees across the state have been cut down after being infected — or in an effort to slow the spread.