Economist Predicts Retail Sales Jump as Much as 10% 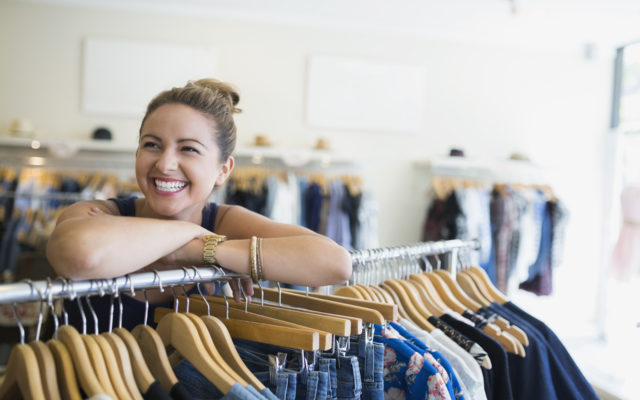 (Radio Iowa) Creighton University economist Ernie Goss says due to a number of factors, retailers are going to see a significant increase in sales this holiday season.

“This is going to be a very good retail holiday/Christmas buying season for our retailers in this part of the country,” Goss says, “probably going to be up as much as 10% from the same period last year.” Goss says even if you subtract out an inflation rate of five-to-six percent, there’s still a lot of pent up demand created by the stimulus packages approved during the Trump and Biden Administrations.

“The Paycheck Protection Program was particularly important for this part of the country and that’s put a lot of dollars out there,” Goss says. “Finally, we’ve got the agriculture sector which is doing very well this year compared to previous years. In fact, these are the best agriculture sector numbers we’ve seen since 2012 and 2013 and that really spills over into Iowa and the regional economy.” Goss predicts more people will go into a store to buy gifts since buying online and expecting the package to be delivered on time seems dicey given the cargo back-ups at U.S. ports.

“It pays us — all of us — to shop locally because those dollars that stay in the community have much larger impacts than spending that ends up in Seattle or other places across the nation or across the globe,” Goss says. There will be fewer bargains, according to Goss, and retailers will face the headaches of empty shelves due to supply chain issues and the difficulty in finding extra staff for the holiday shopping season. Goss says in this part of the country, there are one-point-four jobs for every person who is looking for a job.

“In other words, you’re going to stand in longer lines,” Goss says. Goss conducts monthly surveys of supply managers in manufacturing plants in Iowa and eight other states. Goss does a separate monthly survey of bankers in rural areas of Iowa and nine other states.