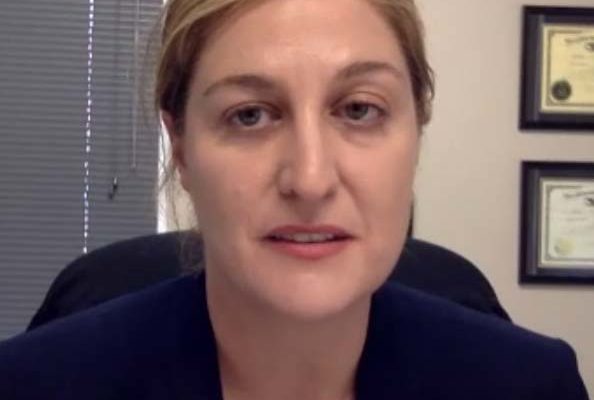 The Iowa A-C-L-U announced today that 11 Iowa parents of students with disabilities and a disability rights group are filing a federal lawsuit against the state over the law that bans mask mandates in schools. A-L-C-U attorney Rita Bettis Austen says the students can’t get the same education through online learning.

“This violates federal civil rights laws that are meant to protect kids with disabilities in education from discrimination,” she says. Bettis Austen says they are asking the court to immediately block the part of the law that prohibits mask mandates from schools.

“Because this law put vulnerable kids in a dangerous situation. Schools need to be able to require everyone to wear a mask in order to meet their obligations to these children,” Bettis Austen says.
The U-S Department of Education says it is investigating whether laws against mask mandates in Iowa and four other states violate federal anti-discrimination laws. Bettis Austen says this lawsuit follows along with that investigation.

“It’s unusual for the Department of Education to act this quickly in opening an investigation. I credit it to just how urgent this situation is for our students with disabilities,” she says. Bettis Austen says this case is not connected to a case brought in state court by a parent from Council Bluffs. Heather Preston of Des Moines is one of the parents in the suit.

“For my son, going to school when not everyone is wearing masks puts him at a huge risk. Meanwhile, because of his needs, he needs to be learning in person,” Preston says. “It is terrifying for a parent to have to worry every day about the physical safety of their child.” Governor Kim Reynolds signed the bill into law in May and says it allows parents to decided if their child should wear a mask to school.