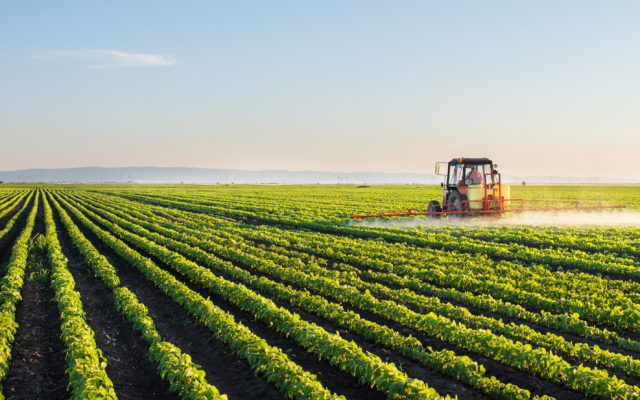 (Radio Iowa) The surging price of fertilizer is putting pressure on farmers as they look to the next planting season and what crops might they may grow come spring. Prices are two-to-three times higher than normal because of global supply chain problems. Plus, demand is up as farmers who are finishing up harvest prepare to fertilize their fields for next year. Iowa State University ag economist Chad Hart says the spike in prices will affect the choices farmers make for next year’s crop.

Hart says, “It makes it more likely that farmers will switch some acreage from corn to soybeans to try to avoid the higher prices, the higher cost here of fertilizer.” Soybeans don’t need fertilizer to produce a crop the way corn does. Dave Holm, with the Iowa Institute for Cooperatives, says co-ops are the middlemen between farmers and fertilizer manufacturers. They buy fertilizer several months in advance so farmers can have it by the time they need it in the fall. Shipping problems are reducing co-ops’ confidence that they’re able to get enough fertilizer meet demand.

Holm says, “If you walked in and had not done business traditionally with us, we may say ‘I’m sorry, we don’t have a product to sell you,’ because we’re going to make sure we get our current membership, our current customers taken care of.” Hart, meanwhile, says fertilizer prices haven’t been this high since 2009 and 2010. He expects the prices to remain high until after planting season in the spring.