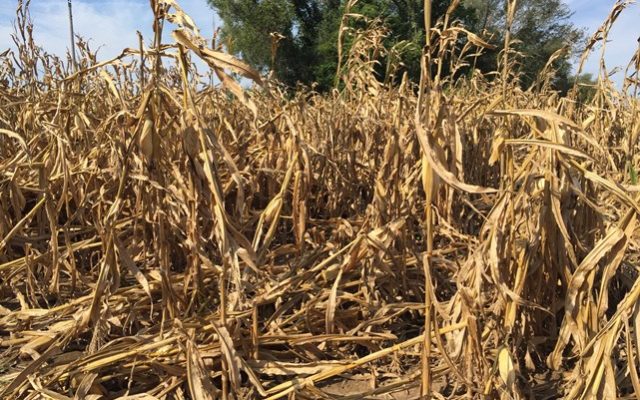 (Radio Iowa) The U-S Army Corps of Engineers predicts -no- relief from dry conditions in the Missouri River basin during the year ahead, what’s forecast to be the fourth straight year of drought for the region. Last year was the 30th-lowest annual runoff for the basin in 125 years of recordkeeping. Hydrologist Kevin Lowe, with the National Weather Service, says that’s a result of around 63-percent of the basin being in drought.

“We didn’t make up a lot in moisture last year as we all are painfully aware,” Lowe says, “and so as a result of the dry conditions, there’s been limited flooding within the Missouri basin, this fall and early winter.” More than three-fourths of Iowa is facing dry or drought conditions, according to the U-S Drought Monitor, with patches of northwest Iowa in extreme drought. John Remus, chief of the Missouri River basin water management division, says run-off levels for 2023 may only be a slight improvement on last year.

“Basically, we are anticipating continuing our water conservation measures into 2023 and possibly longer,” Remus says. “Conservation measures are reduced flow support to navigation and minimal winter releases.” While runoff levels are expected to improve slightly, this year is forecast to be similar to last year at 81-percent of average. The years 2020 through 2022 comprised the eighth-driest three-year period for the basin.