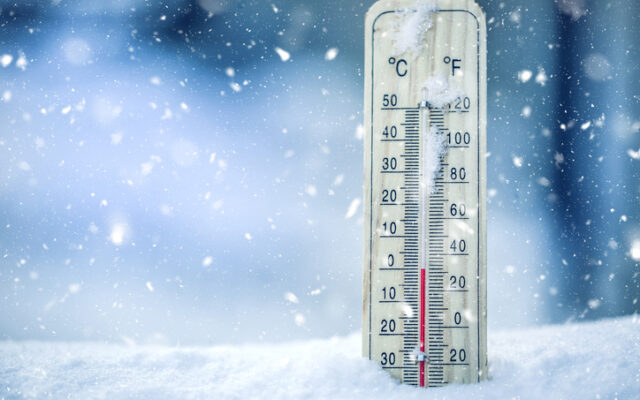 (Radio Iowa) January is typically one of Iowa’s coldest months of the year, but forecasters say this January could be less frigid than in the past. State climatologist Justin Glisan says new computer models being released by the Climate Prediction Center indicate Iowa could be starting off 2023 a bit balmier than usual.

“They’re suggesting warmer-than-average temperatures across the state,” Glisan says, “and for January, the statewide average is about 20 degrees, so still cold temperatures, of course, but we’re looking like it could be above average temperature-wise.” The weather pattern known as La Nina, which impacts conditions all across the continent, is lingering for a third straight year, which is exceptionally rare. Glisan says that pattern may bring Iowa more than its usual share of precipitation during January, and that’s much needed, given the long-running drought.

“A slightly elevated shot at wetter conditions in eastern Iowa, but no clear guidance on the rest of the state,” Glisan says. “So we’re still stuck in that La Nina pattern, which if we look at wintertime La Nina behavior, we are slated to see above-average snowpack across the state given the weakness of the La Nina.” Last year was a very dry year, with drought worsening across much of Iowa. December was one of only three months during 2022 where Iowa’s precipitation was above-average.

“So the statewide average was about 1.73 inches and that’s a little over four-tenths of an inch above average,” Glisan says, “and a lot of the moisture that we received on the front end of the month was actually able to infiltrate into the soil profiles, given that temperatures were above-average and the soil profiles were still not frozen.” Parts of northwestern Iowa got more than 13 inches of snow this week, but Glisan says it takes between eight and 12 inches of snow to equal just one inch of rainfall.