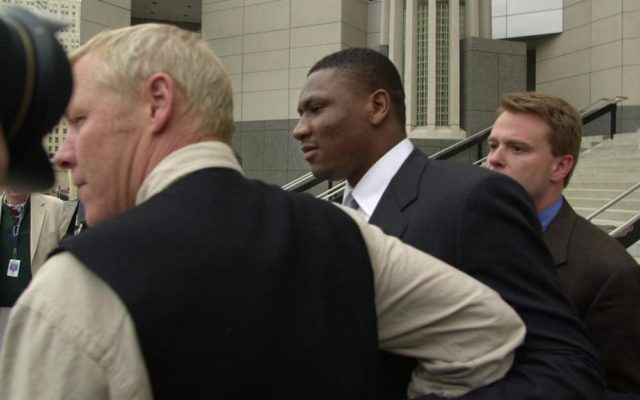 Portis, Vanover and McCune admitted to defrauding an NFL program set up to reimburse medical expenses not covered by insurance for retired players and their families, the Justice Department said.

The DOJ said McCune orchestrated the scheme that resulted in approximately $2.9 million worth of false and fraudulent claims being filed and $2.5 million paid out between June 2017 and April 2018.

Portis and Vanover each pleaded guilty to conspiracy to commit health care fraud and could face up to 10 years in prison. According to court documents, Portis was responsible for just under $100,000 and Vanover just under $160,000 in benefits for expensive medical equipment that were not provided.

They agreed to pay back that money. Portis is scheduled for sentencing on Jan. 6 and Vanover on Jan. 22.

An NFL spokesman did not immediately respond to a request for comment.

The league established the Gene Upshaw NFL Player Health Reimbursement Account Plan after the 2006 collective bargaining agreement to provide tax-free reimbursement of medical expenses up to $350,000 per player.

Portis, Vanover and McCune were originally indicted in the Eastern District of Kentucky in December 2019. Twelve other retired players had previously been charged and pleaded guilty to conspiracy to commit health care fraud, including former Chiefs and Saints receiver Joe Horn and longtime defensive back Carlos Rogers.

The FBI investigated the case across the U.S., according to the Justice Department.

McCune, 42, was a 2005 fifth-round draft pick who played eight NFL games at linebacker with Washington and Baltimore.

Vanover, 47, was taken in the third round of the 1995 draft by Kansas City and played 77 games at receiver for the Chiefs and Chargers.

Portis, 40, was a second-round pick of the Broncos in 2002 and won AP Offensive Rookie of the Year honors that year. The running back played 113 games with Denver and Washington from 2002-2010.