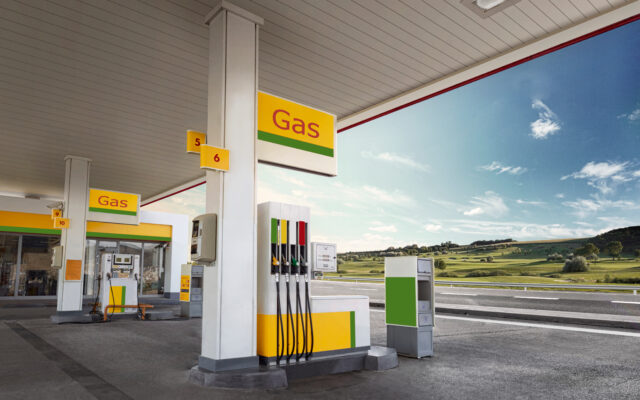 (Radio Iowa) It’s more expensive to fill our gas tanks in Iowa than ever before. Prices reached a new record high in the state this (Tuesday) morning, topping a previous record that had stood since the recession 14 years ago. Iowa Senator Chuck Grassley, a Republican, places the blame on the Democrat in the White House.

“I think Congress has set a pretty good policy for energy,” Grassley says. “This president has screwed it up.” Triple-A-Iowa says the statewide average for gas is now $4.08 a gallon, beating the record of $4.02 that had stood since July of 2008. Grassley blames Joe Biden’s policies, from those enacted in January of 2021 to those from just a few weeks ago.

“First day in office, shut down pipeline, stop drilling on the north slope of Alaska, and then stop drilling offshore of Alaska, on public lands in America, in the Gulf, then put regulations on fracking.” More recently, Grassley says Biden told the banks not to loan money to energy companies, further jacking up fuel prices.

Grassley says, “A couple of months ago, when it started hitting the president that his bad policies raised the price, you know what he did? He didn’t undo all the bad policies he put in place. He went to Saudi Arabia and Venezuela and said, ‘Send us some oil.'” Grassley says the U-S should return to relying on its own stores of fossil fuels as well as biofuels, not imports, which he says have taken the country from being energy independent to energy dependent. Triple-A says the national average for gas is $4.37 a gallon, while California has the most expensive average at $5.84. In Iowa, the state’s cheapest gas can be found in Davenport at $4.01, while the most expensive gas is in Dubuque at $4.15. The motor club says diesel fuel hit a new record high in Iowa on Monday at $5.31 a gallon.