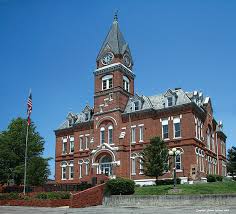 A Lathrop man is charged in Gentry County on allegations stemming from late April.

The Missouri State Highway Patrol reports that an officer responded to a report of a threat made in Gentry County on April 25th. Upon arrival, the officer says the reporting party claimed he was trespassing on a piece of property while turkey hunting when he was contacted by 35-year old David Mitchell Clay of Lathrop.

Clay is charged with felony stealing and unlawful use of a weapon. He is scheduled to appear in court on summons on June 9th.