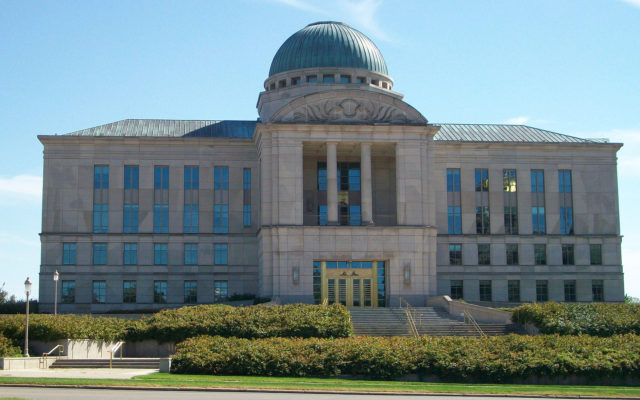 “I want the courts to give us the guidelines that we need to move forward because I think we’re going to get one chance to do this and do it the right way once we have that,” Grassley says. “I don’t plan on speculating on this one until we have some more concrete answers from the court.”
Governor Kim Reynolds has asked the court reverse a previous decision and allow a six-week abortion ban she approved in 2018 take effect. After this summer’s U-S Supreme Court ruling that overturned Roe v Wade, 13 states now have laws that nearly or totally bans abortion, but Iowa Senate Republican Leader Jack Whitver says Iowa is in a unique position.

“Really there is no standard in state law from our supreme court on what would be allowed or not allowed,” Whitver says. “…Until we get some guidance from the (Iowa) Supreme Court, it’s hard for us to take another step.” Both Whitver and Grassley voted for the bill that banned abortions in Iowa after the sixth week of a pregnancy.

“We passed the heartbeat bill that had exceptions for rape, incest and life of the mother back in 2018,” Whitever says. “We’ve continued to build our majority since that point. I think that’s something Iowans support and I think that’s a good policy for the state of Iowa.” House Democratic Leader Jennifer Konfrst (KON-frist) says Democrats will oppose any new abortion restrictions.

“The governor and Republicans will stop at nothing to take away reproductive freedom and bodily autonomy from Iowans, so I can’t imagine a world in which abortion doesn’t come up this legislative session,” Konfrst says. House Democratic Leader Zach Wahls (like “walls”) expects Republican legislators to propose a more restrictive law than the six-week abortion ban.

“The Republican agenda is to ban abortion,” Wahls says. “Obviously, they’ve been working aggressively to stack the courts with judges and justices that agree with them on that question.” Governor Kim Reynolds has appointed five of the seven members of the Iowa Supreme Court. Attorneys working on her behalf are arguing the legal landscape has changed after Roe v Wade was overturned and the Iowa Supreme Court should use a new, stricter standard to evaluate challenges to abortion restrictions.