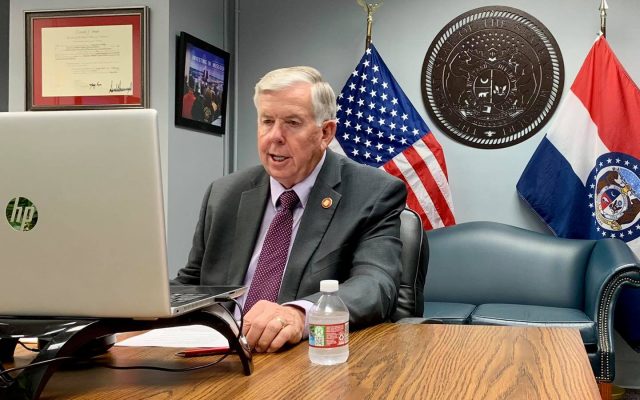 Missouri Governor Mike Parson is considering options for Missourians after President Biden announced his mandate requiring COVID-19 vaccination or testing for many employees.

Parson said he is considering a special session of the General Assembly to take actions to counter the mandate that could affect as many as 100 million nationwide.

When asked if his response could include a lawsuit by Attorney General Eric Schmitt, Parson said there were multiple fronts that he will fight on.

In April of this year, the Congressional Research Service issued an advisory for members of the U.S. Congress finding that a vaccine mandate does not fall within the enumerated powers of Congress or the Executive branch.