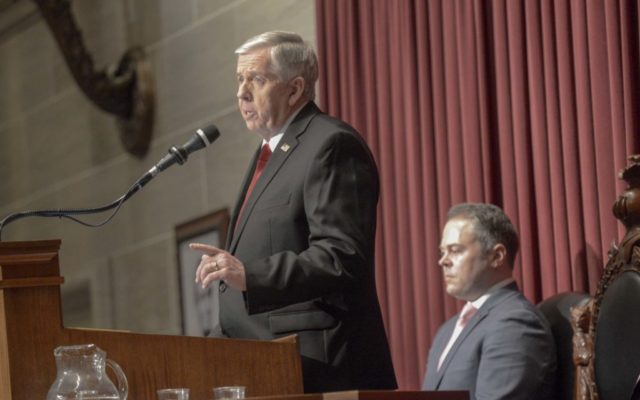 (Missourinet) Legislation requiring Missouri’s Office of Child Advocate to create a safety reporting system for Children’s Division employees has been vetoed by the governor.

Governor Mike Parson vetoed the bipartisan bill from Chesterfield GOP State Representative Bruce DeGroot Friday. In his veto letter, the governor says the provision is unnecessary, duplicates efforts of existing local teams and fails to strengthen protection for the children served by the Children’s Division. The Missouri House approved the DeGroot bill by a 154-1 vote in May. It will be up to Representative DeGroot to decide whether or not he will seek a veto override attempt in September.

Legislation that would have exempted St. Charles, Franklin and Jefferson counties from motor vehicle emission inspections has been vetoed by Missouri’s governor.

An omnibus transportation bill from House Transportation Committee Chairwoman Becky Ruth of Festus excludes St. Charles, Franklin and Jefferson counties from the emissions program. Those three counties are near St. Louis. Governor Parson vetoed the bill, saying it would violate the federal Clean Air Act of 1990. The governor also says Missouri would lose 52-million annually in highway projects and grants in the St. Louis region, if the measure had gone into effect. Parson and Ruth are both Republicans.