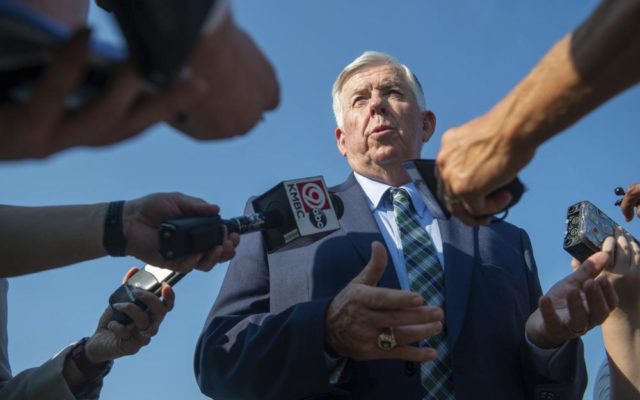 FILE - In this Tuesday, July 13, 2021, file photo, Missouri Gov. Mike Parson answers media's questions in Kansas City, Mo. Parson on Thursday, Oct, 14, 2021 condemned the St. Louis Post-Dispatch newspaper for exposing a flaw in a state database that allowed public access to thousands of teachers' Social Security numbers, even though the paper held off from reporting about the flaw until after the state could fix it. (Shelly Yang/The Kansas City Star via AP, File)