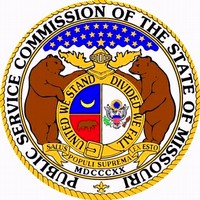 The Missouri Public Service Commission has announced they will hold formal evidentiary hearings May 22 through 26, 2023, in a case filed by Grain Belt Express, LLC.

Grain Belt is seeking to amend its certificate of convenience and necessity (CCN) granted on March 19, 2019 and for approval of certain modifications to the conditions of the CCN granted in that case.

The Grain Belt project would traverse the states of Kansas, Missouri, Illinois and Indiana, including approximately 206 miles in Missouri.

They also want to relocate the alternating current (AC) connector line from Ralls County to Monroe, Audrain and Callaway Counties. That AC tie line, known as the “Tiger Connector,” will be about 40 miles, traversing south from the converter station in Monroe County, through Audrain County, and terminating in Callaway County at the existing McCredie Substation.

Lastly they ask to be allowed to construct the project in two phases.

Hearings in the case are set to begin at 9:00 a.m. Monday, May 22 in the Governor Office Building in Jefferson City. The Commission will also hold local public hearings in this case to receive customer comment. That schedule will be released once dates, times and locations are finalized.