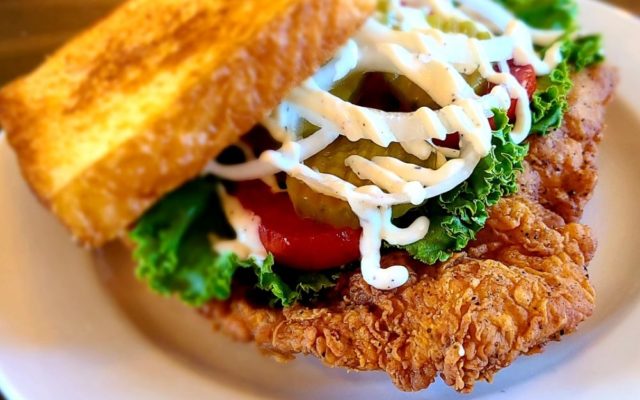 (Radio Iowa) A southwest Iowa restaurant is being named this year’s Best Breaded Pork Tenderloin in the state, as selected by the Iowa Pork Producers Association. Richard Buman, co-owner of Victoria Station in Harlan, says he’s bowled over by the win.

“Someone said we should be nominated for the contest and we thought that was an honor,” Buman says. “We made the top 40 and couldn’t believe that. We moved on to the top 5 and we were completely blown away, and then today we find out that we win! That’s incredible. We’ve been in business for 18 months and we won the statewide contest.” Buman and his wife, Angela, purchased Victoria Station a year and a half ago. It’s a former railway depot where a restaurant has been in business since the late 1970s. Buman said the past 19 months have been challenging with COVID-19 but he’s staying positive during the pandemic.

“Well, that’s all we’ve ever known because we bought right at the beginning of it,” Buman says. “It is tough. Things are always changing. Supplies are always changing, but we’re working hard. We think the restaurant and the town deserves to continue on. It gets great support from the community and we’re just pushing forward.” As for the award-winning tenderloin, he says they hand cut the meat and do the tenderizing there in the restaurant.

“Probably the biggest secret is what we call our Secret Seasonings,” Buman says. “It’s a blend of spices that we make up right here. We put that all over our tenderloins and give them time to self-marinate before we bread them up with buttermilk breading and fry ’em to order.” This is the 19th year for the contest, put on by the Iowa Pork Producers Association. Last year’s winner was the Prairie Moon Restaurant in Prairieburg. Victoria Station will receive $500, a plaque and a banner to display for the honor. There were 5,928 nominations received this year for 526 different eateries across Iowa.