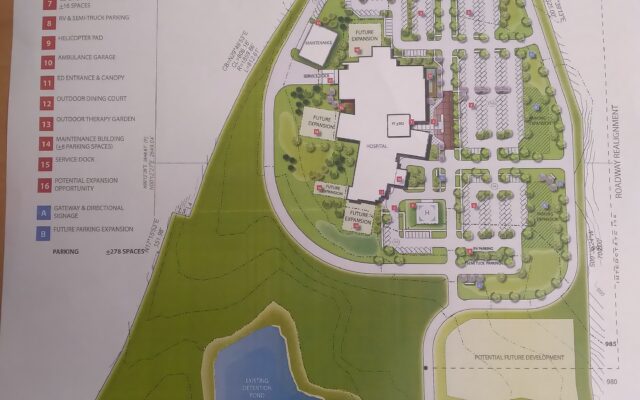 Members of the Harrison County Community Hospital’s board, administration, and staff attended Bethany’s city council meeting Tuesday when a presentation was given before the Bethany Board of Aldermen asking for their approval to a site plan that would build a new hospital campus on 39th Street just south of Bulldog Avenue in Bethany. Harrison County Community Hospital CEO Tina Gillespie told council members that the hospital has worked with a consultant on a Master Facility Plan since 2018 for a location that would provide regulatory standards, stay within a budget framework, provide accessibility, and allow for future expansion. The hospital said a couple other sites were considered

The new facility would allow for private rooms, allow MRIs to be performed in-house, and allow out outpatient enhancement. The hospital is planning a building and maintenance facility that would include 83,000 square feet. The estimated cost of the project would be a little over $62 million dollars. $40 million of that would include the building and site work. Another $10 million is projected for furniture and fees, and $10 million is being projected for financing costs and contingencies. The hospital would apply through the USDA Rural Development Community Facility Program to obtain 80 percent of the financing. The other 20 percent would be financed with revenue bonds sold to banks or investors.

The hospital’s initial timeline includes a bid letting in spring if the financing is obtained and a two-year construction. Under that scenario, the hospital’s opening could be in the spring of 2025.

The city council would expect any new street construction to meet or exceed what was previously in place which was constructed with a heavy traffic volume and large vehicle use in mind. Hospital representatives speaking at the meeting gave their assurances of their intent to provide that street construction expectation.

Council members also questioned the traffic volume which may come from a move. Mayor Lance Johns stated that he would prefer that area to be available for retail business since that was the intent behind the construction of the street. Patrick Miller provided some public feedback when he said that he felt that the development is an effort in making the city better.

Bethany City Council members would like to get an idea of the public’s support or concerns for the proposed development. Members of the public who have support or concerns about the project are being urged to contact Mayor Lance Johns or any members of the Bethany City Council. The council could vote on their support of the site plan at their next meeting on July 18th. If a vote is not taken on that date, the vote would be taken during the second meeting of August. 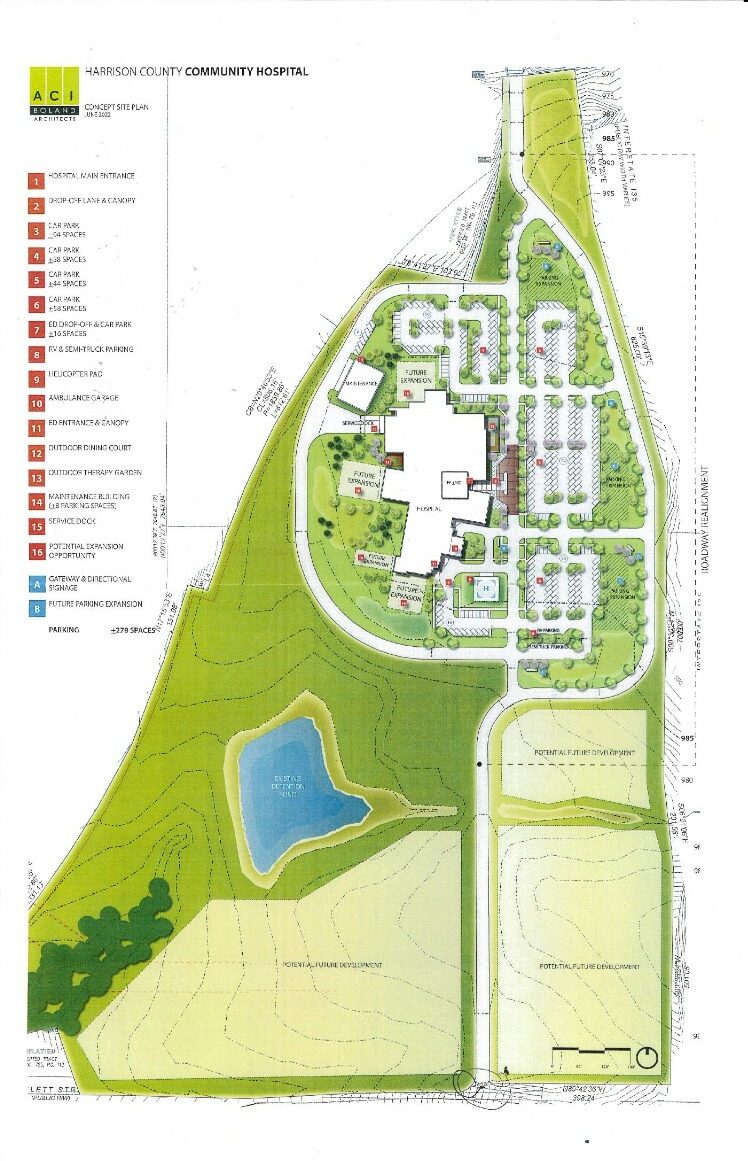