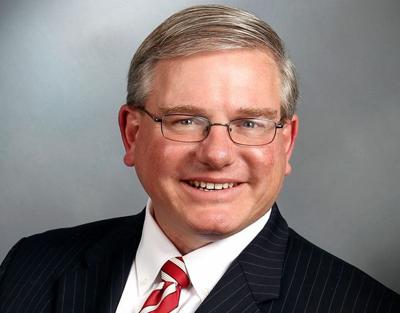 JEFFERSON CITY, MO (Missourinet) Missouri lawmakers will get another chance to extend current agricultural tax credits and create new ones during a special legislative session later this year.
After vetoing an agriculture tax credit bill, Governor Mike Parson said he plans to call a special session later this year. The governor says the bill passed by the General Assembly extends the ag tax credits for only two years, and he wants them to be drawn out to at least six years. Senator Dan Hegeman of Cosby, Senate Appropriations Committee chair, says sponsors settled for what they could get this past session.

Hegeman says he supports returning to Jefferson City to consider a longer extension for the credits.

The governor also wants legislators to exempt some agricultural equipment from state and local sales taxes and modify the Family Farms Act to increase the number of small farmers who qualify.

A bill that would have extended agricultural tax credits for the next two years as well as create new ag tax credits has been vetoed by Governor Mike Parson. Parson says he will call lawmakers back to Jefferson City for a special legislative session this year to extend the tax credits for six years, arguing a two-year extension does not allow enough time for the credits to be effective.
Senate Appropriations Committee chair Dan Hegeman of Cosby says sponsors had to settle for two years during a session that made passage of bills difficult. Hegeman says the governor is counting on changing minds to remove obstacles to a six-year extension.

Hegeman says some minds will have to change for a special session to be successful. The governor also wants the Family Farms Act to expand so more small farmers qualify and he wants to exempt certain farm equipment from the sales tax.

Missouri legislators are expected to return to Jefferson City later this year to consider tax issues. Governor Mike Parson says he will call a special session to consider cutting the state income tax and reconsider a bill to extend agricultural tax credits. The legislature approved a two-year extension, but the governor argues the extension must be six years for the credits to be effective. Senate Appropriations Committee chair Dan Hegeman of Cosby says if the governor can broker a consensus among lawmakers, a special session should not take much time.

The governor says he also wants lawmakers to consider exempting certain agricultural equipment from the state sales tax as well as expanding the Family Farms Act to allow more small farmers to qualify.