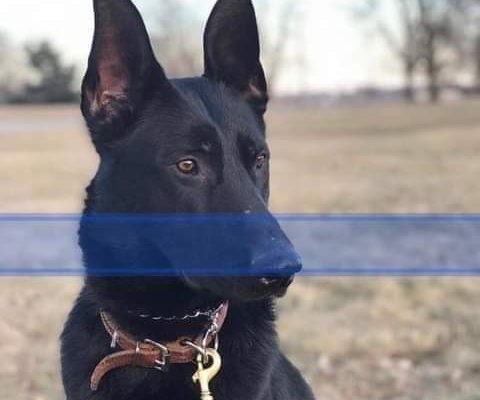 Authorities in St. Joseph have released the identity of the man accused of shooting and killing a St. Joseph police K9 unit earlier this week.

Police say they were serving a domestic abuse search warrant at about 10:30 Wednesday night on a residence at 5108 Barbara Street. Officials say that while attempting to gain entry into the home, the suspect fled from the home. While fleeing that suspect shot and killed the K9 unit Max.

The suspect in the case has been identified as 24-year-old Valdez McDonald. McDonald has been charged with third-degree domestic assault in regards to an incident Tuesday night where he allegedly assaulted his mother. Authorities say charges are pending in the death of Max.

Max was a two-year veteran of the St. Joe P.D., serving on the Special Response Team. He was partnered with Officer Lucas Winder.