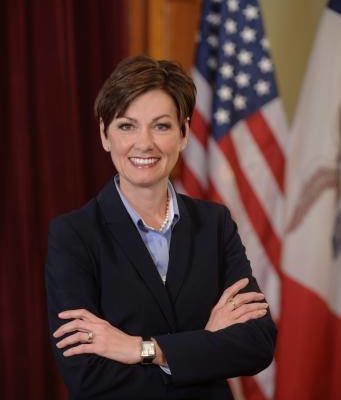 (Radio Iowa) Iowa’s 43rd governor will take the oath of office for another term later this (Friday) morning.

Republican Kim Reynolds — the first woman to serve as Iowa’s governor — has been the state’s chief executive since mid-2017. Terry Branstad chose Reynolds as his running mate in 2010 and she took over the governorship when Branstad resigned. Reynolds won a full, four-year term in 2018 and she was reelected this past November. Today’s Inauguration Ceremony starts at 9 a.m. in Des Moines. The governor will host an open house at the governor’s mansion at noon and a reception at the statehouse starting at 2 this (Friday) afternoon. Tonight’s Inaugural Ball in downtown Des Moines is scheduled to start at 7 p.m.