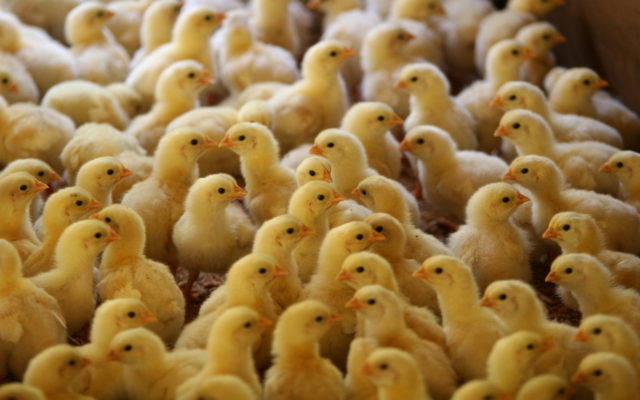 “We’ve had three just in the past few days and it does appear that these continue to be wild bird introductions,” Naig says. “We’ve still got that migratory waterfowl that are carrying this virus as they are returning south. They carried it north and really, truly what we need for them to do is to get moving south.” A hard freeze will help drive birds out of the state, as their landing spots on Iowa lakes and streams turn to ice. During the last bird flu outbreak in 2015, the virus had essentially vanished by June. During this year’s outbreak, wild birds continue to spread the deadly disease nine months after it was first detected.

“Once again when those birds head north next spring, we’re very concerned about what they could be bringing back into the area again,” Naig says. “It’s just unfortunately a reminder that our producers have to be in a constant state of readiness and keeping their biosecurity at just the ultimate levels really now all year round.” Naig plans to ask the 2023 legislature for additional funds to enhance his agency’s ability to prevent and respond to foreign animal diseases.

“So of course we’re dealing with (highly pathogenic) avian influenza in the state of Iowa again,” Naig says, “…but we also have in the background the continuation of the threat of African Swine Fever and Foot and Mouth Disease.” African Swine Fever is a deadly virus that has been spreading in Asia and Europe since 2018, but has not been detected in the United States. Foot and Mouth Disease has not been confirmed in the U.S. since 1929, but an outbreak in the United Kingdom in 2001 led to the destruction of a million animals.