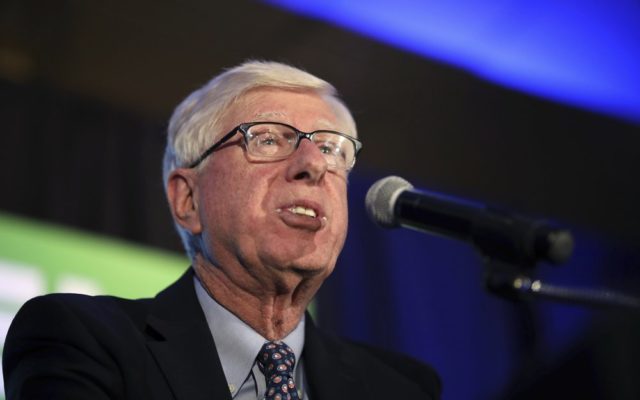 DES MOINES, IA (Radio Iowa) Iowa Attorney General Tom Miller issued a statement Thursday urging the Iowa Legislature to support a “red flag” law in Iowa that he says would help reduce gun violence. Red flag law involves reporting concerns to the police who can temporarily take a gun away from someone. Miller, a Democrat, says Iowa should take advantage of 750 million dollars allocated to states to develop and implement red-flag laws, or extreme risk protection orders. Miller says studies show that such laws work. Miller said. “Red-flag laws empower family, friends, and others to prevent tragedies.” Iowa Governor Kim Reynolds, a Republican was asked about the possibility of a Red Flag law here following a news conference earlier this week. Reynolds reiterated her stance that a Red Flag law isn’t the only answer.

“When we focus on one solution to the issues that we see, you know, that active shooters, we tend to not think about what other solutions are, and we eliminate potential things that we could do, you know, right away,” Reynolds said. Reynolds says adding another law doesn’t end the problem.

“No matter how many laws or rules you have on the books, if somebody has evil within their heart, you can’t handle that. If somebody has, you know, horrific parents that they’ve been raised with, you can’t, laws can’t change that,” she says. “Or if there’s a mental illness that we’ve not been able to provide access and treatment to help them live a better life.” Reynolds says she is not ruling out Red Flag laws. But says Illinois had a red flag law in place and people were still killed by a gunman in the Highland Park shooting.

“It didn’t stop it. So, we’ll take a look at everything, but it’s a balance and how we move forward,” she said. Democrat lawmakers have made attempts to introduce legislation for Red Flag laws, but Republicans control debate in the House and Senate, and have not advanced any legislation on the issue.